The Rotherham Armed Forces Community Covenant is a promise to those who serve, or who have served, and their families which says we will do all we can to ensure they are treated fairly and are not disadvantaged by their service in their day-to-day lives.

The Covenant encourages support for the armed forces community living in Rotherham and recognises the sacrifices made by them.

Over 25 signatory organisations (key businesses, charities and organisations) reaffirmed their commitment to the Rotherham Armed Forces Community Covenant in March 2018.

The signed Covenant can be found on display at Rotherham Town Hall and in the Council’s main offices at Riverside House reception. 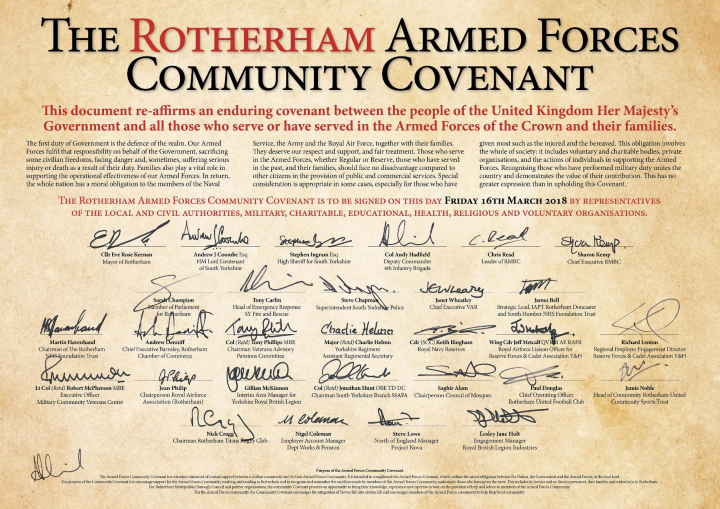 The meeting is chaired by the Council’s Armed Forces Champion.