There is no such thing as a Poo Fairy

Wickersley Ward Councillors, Cllr Read, Cllr Hoddinott and Cllr Ellis would like residents to love where they live and support campaigns and initiatives that improve your neighbourhood.

This year Ward Councillors have purchased some Keep Britain Tidy Campaign stickers with a light-hearted but important message. 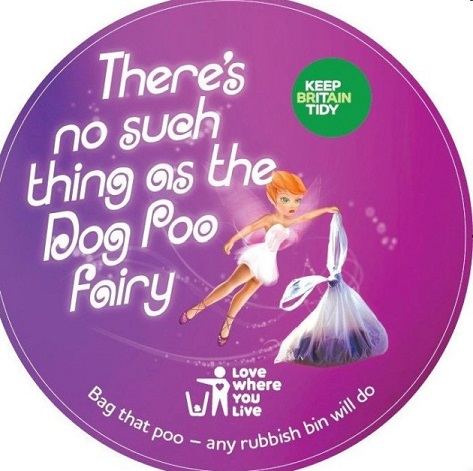 The stickers will be placed on Wickersley Ward street litter bins to encourage dog owners to pick up, bag and bin dog waste – any litter bin will do. If you would like a sticker on a bin near you e-mail Neighbourhood Coordinator, Claire Moseley on claire.moseley@rotherham.gov.uk

Councillor Ellis pictured below has already ensured that the Wickersley Ward bins around the Tanyard have been stickered up, where there is a high foot flow of residents. 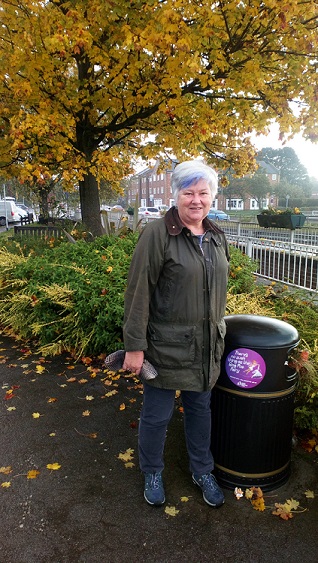 A single dog mess can contain approximately 1 million microscopic Toxocara eggs. This can cause a potentially serious infection in humans leading to blindness.

Any person failing to pick up their dogs waste could receive a fixed penalty fine of £100. On summary conviction at the magistrates court offenders can also receive a fine up to £1000.

In Rotherham alone we clear up approximately two tons of dog fouling each year from our streets and recreational areas. This is due to irresponsible dog owners failing to pick up after their dog.

You can report dog fouling issues to the council by following this link.