Resident of the Month, December

This Month’s nomination came from Carrie Davies, Silverwood Care Home manager who wanted to say a big Thank you to Tracy Green, who lifted a lot of peoples spirit and brought Christmas alive for many vulnerable residents, especially as many have not left the care home for nearly a year. 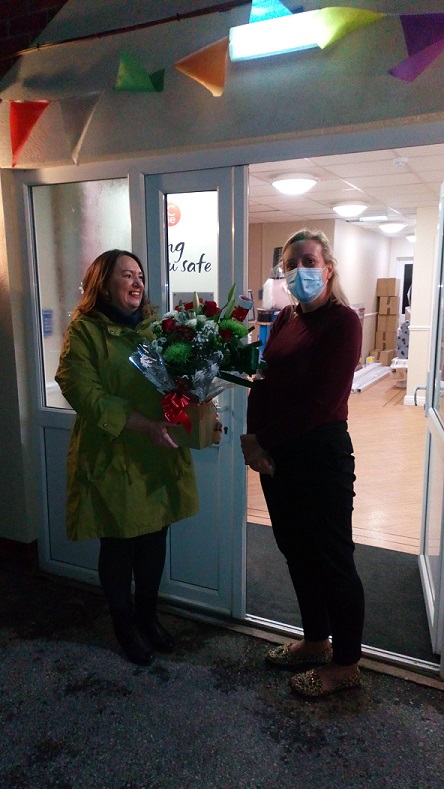 Due to the Corona Virus Pandemic and related safety policies to reduce the spread of the virus, the care home could not decorate up communal rooms or hold special Christmas activities as much as they would have in previous years. Residents have also been affected by restricted visits in order to keep the critically vulnerable individuals safe, a lot of the residents are suffering from dementia and most are over 8O years of age.
Tracy contacted the Care home as she wanted to do something special for the residents at Silverwood after the terrible year, they have all had. Tracy rallied the community and collected gifts for the residents and hardworking staff. 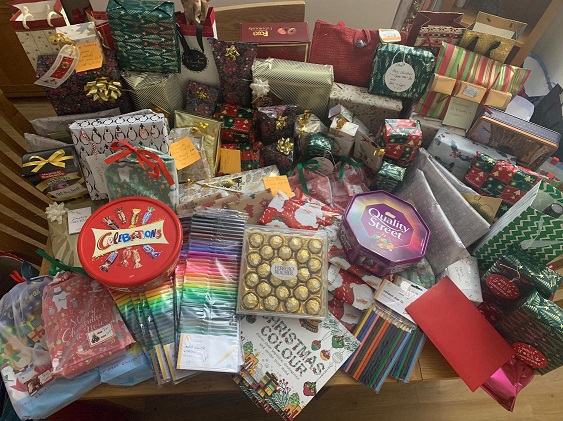 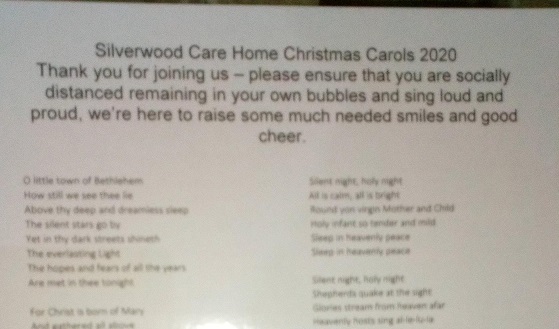 The Carol service was well attended and was watched by well wrapped up residents from windows and doors. The smiles and dancing from the staff and residents brought tears to many an eye. There was even a surprise guest from Mark Labbett from the TV quiz, The Case.
Carrie Davies, Home Manager, stated in her nomination letter -
"Tracy has had a rough year herself and still thinks of those less fortunate and I feel she deserves all of the recognition we can get for her. I planned to present Tracy with a gorgeous flower arrangement after the carol service as a thank you but winning the Wickersley Ward Resident of the Month would certainly be the cherry on top of the cake.
Tracy is a breath of fresh air and we are already looking forward to helping with her charity work throughout 2021.” 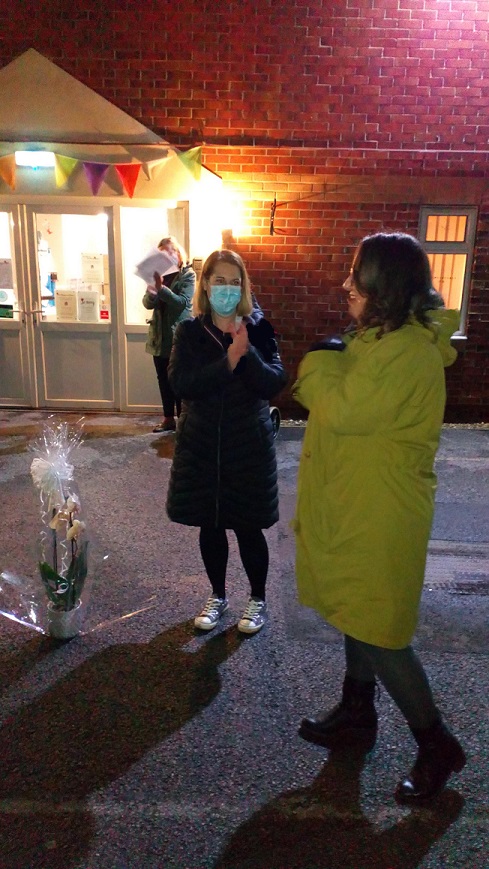 Wickersley Ward Councillor, Emma Hoddinott and Neighbourhood Co-ordinator, Claire Moseley also sang in the Community Carol Concert and presented Tracey with a beautiful Orchid and £25 gift voucher to spend in a local Florist, funded by Ward Councillors.
Tracey wanted to express her thanks to the community and Care Home staff, she stated:
“Carrie and her staff have worked tirelessly with their residents during the most testing time. I have been overwhelmed with the generosity of the community that I have been a part of my whole life. I cannot thank the residents of Wickersley and surrounding areas enough for their generosity in bringing festive cheer to people who had it really tough this year. “