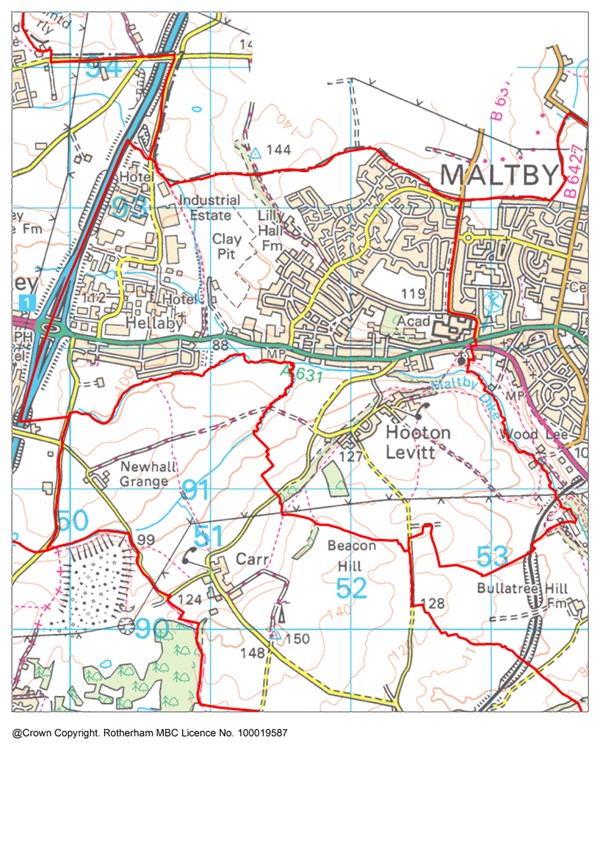 Hellaby and Maltby West ward lies in the east of Rotherham with a population of 8,312 (2019 population estimate). The ward is represented by two members of the Council. Much of the western boundary of the ward if formed by the M18 motorway including junction one. In the west of the ward is the parish of Hellaby (population 767) and the location of a large industrial estate. Further east are the western suburbs of Maltby, served by the West ward of the Maltby Town council (total town population 16,472). This is a mixture of modern housing estates and a more established residential area including council housing. The south of the ward is served by Hooton Levitt parish (population128).

Hellaby and Maltby West has a high proportion of owner-occupied housing and few rented homes. The ward is one of the least deprived in the borough and has only a few pockets of deprivation, such as in south west Maltby.

Hellaby & Maltby West has mainly owner-occupied housing with a high proportion of detached houses. Rented housing is relatively scarce in the ward and there are few terraced houses or flats.

Hellaby and Maltby West has a high proportion of local jobs in transport, manufacturing and transportation and storage. Many local jobs are on Hellaby Industrial Estate and the ward has enough jobs for all its working aged population.

The proportion of people claiming benefits in Hellaby & Maltby West is well below the Rotherham average.

Child poverty in Grasbrough is below the Borough averages.

Over 60% of health and lifestyle indicators are better (have lower rates) than Rotherham average. Additionally, a quarter of indicators are significantly better, particularly in terms of lower rates of emergency hospital admissions and premature deaths. The period the data relates to is shown as (a) to (f) below and explained in the notes.

In contrast Hellaby and Maltby ward is worse for (has higher rates/more):

Hellaby & Maltby West ward has well above average infection rates for Rotherham and ranks 3rd out of the 25 wards.

Levels of recorded crime and ASB in Hellaby & Maltby West are less than half the Rotherham average.

Deprivation in Hellaby and Maltby West

Income deprivation is below average in Hellaby & Maltby West for all age groups. Whilst elderly people are more likely to be affected by income deprivation than other groups, the level is still well below the Borough average.