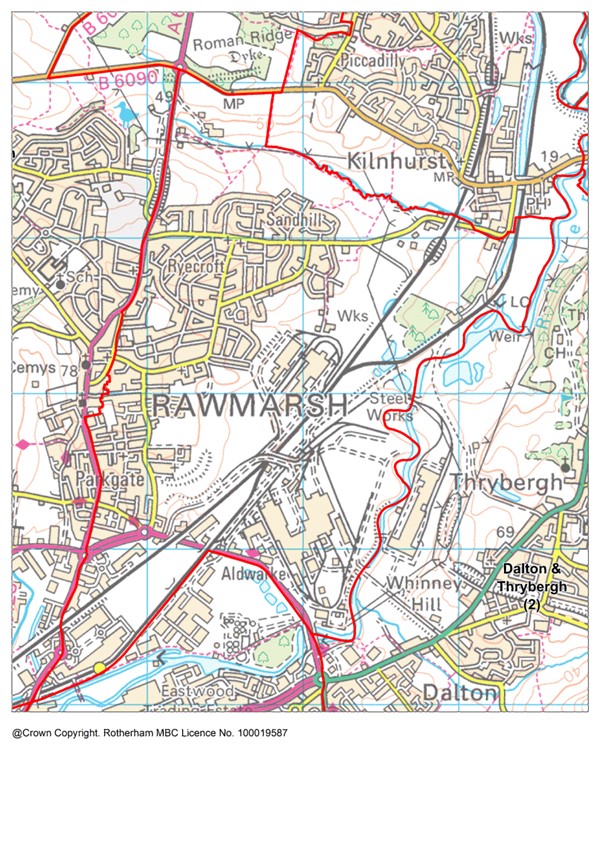 Rawmarsh East Ward lies in northern Rotherham with a population of 8,832 (2019 population estimate). The ward is represented by two members of the Council. Overall, Rawmarsh is an urban area with 19,170 residents, split between two Rawmarsh wards. The ward has a mixture of residential areas with Parkgate having the most terraced housing. Central Rawmarsh and Parkgate are fairly deprived areas. The far south of the ward is a commercial and industrial area which includes part of Parkgate Retail World and industrial areas. There is open countryside on the western and northern fringes of the ward. The east of the ward includes the Aldwarke steel works.

The population of Rawmarsh East ward has hardly changed since 2011 in contrast to the increasing borough population.  The age structure of the population is slightly younger than the Rotherham average.

Rawmarsh East is among the 80% of wards in Rotherham where the white British population exceeds 90%. However, the 2020 School and Pupil Census shows BAME heritage accounting for over 10%.

Most housing Rawmarsh East is semi-detached, and owner occupied. The proportion of social rented housing is above average, most being either semis or flats.

Most employment opportunities in Rawmarsh East are based in transport, storage, and education. Production industries are well below borough averages. Employment levels in the ward depend on opportunities elsewhere as local jobs are only sufficient for 17% of local workers.

Child poverty in Rawmarsh is below the Borough average.

Rawmarsh had rates of poor health and disability similar to the Borough average in 2011 but well above the national average and above average disability benefit claim rates.

Over 70% of health and lifestyle indicators are worse (have higher rates) than Rotherham average. Additionally, a third of indicators are significantly wose, particularly in terms of higher rates of emergency hospital admissions for COPD and incidence of lung cancer. The period the data relates to is shown as (a) to (f) below and explained in the notes.

Compared to Rotherham average, Rawmarsh East ward is better for (has lower rates/less):

In contrast Rawmarsh East ward is worse for (has higher rates/more):

Rawmarsh East ward has below average infection rates for Rotherham and ranks 22nd out of the 25 wards. 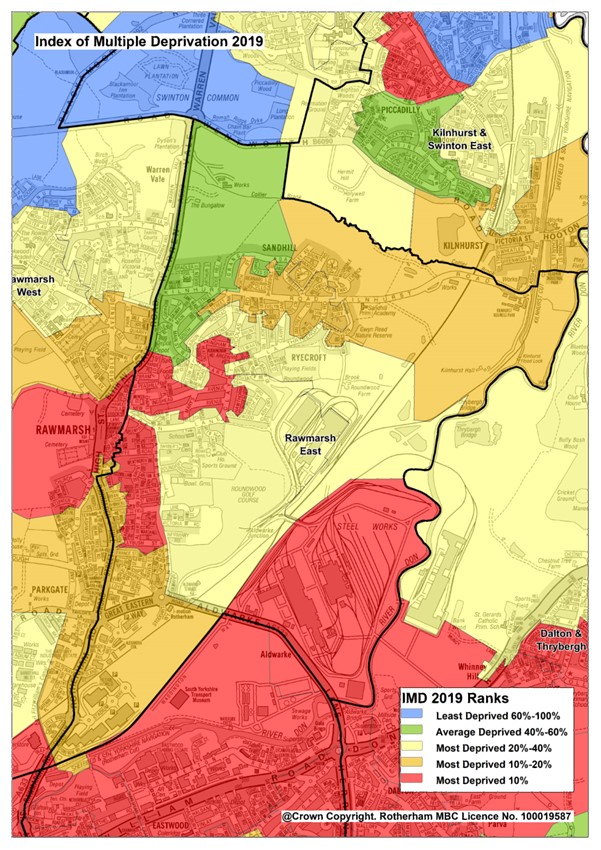 Deprivation in Rawmarsh East is well above the Borough average and in most of the ward is also well above the national average. There are 2 neighbourhoods which are more deprived than the ward average. Rawmarsh North East and Rawmarsh South are within the most deprived 10% of England.

Income deprivation is above average in Rawmarsh East for all age groups. Children are more likely to be affected by income deprivation than adults, with the level being above the Borough average.