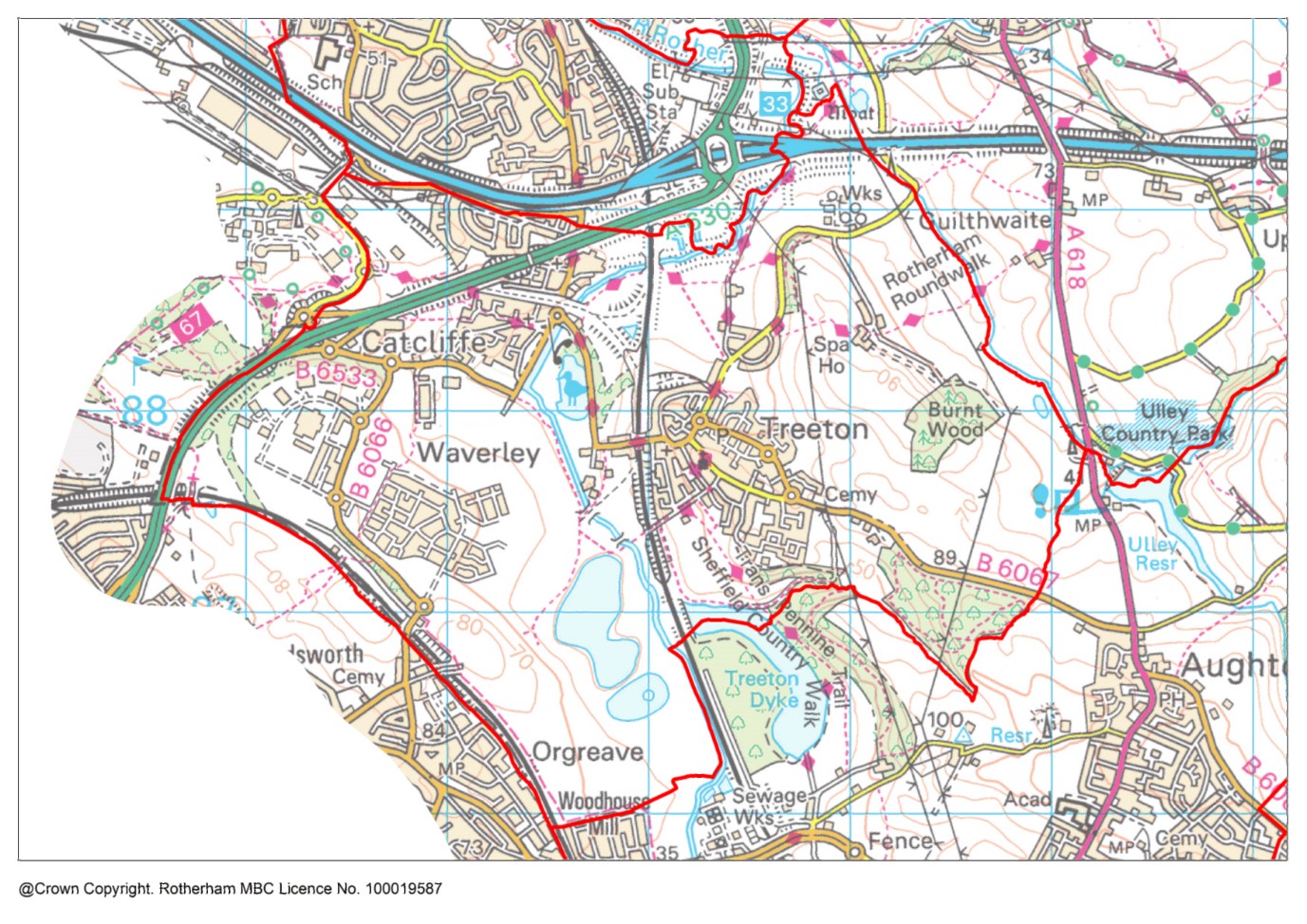 Rother Vale ward is situated in the South West of Rotherham with a population of 9,167 (2019 population estimates). The ward is represented by two members of the Council.

Rother Vale is served by three parish councils, Catcliffe (population 2568) in the north of the ward, Treeton (population 3,311) in the east of the ward and Waverley Community Council (with a growing population currently estimated at 1,400) in the west.

Waverley includes a large-scale housing development being built over a 20-year period (2012-32), and new industry at the Advanced Manufacturing Park. Waverley was the site of the British Steel Corporation Orgreave coking plant, where confrontation between the police and pickets engaged in the 1984 miners’ strike, has been described as one of the most violent clashes in British industrial history.

The most deprived part of the ward is the former mining community of Treeton.

Rother Vale is among the 80% of wards in Rotherham where the white British population exceeds 90%. However, the 2020 School and Pupil Census shows BAME heritage accounting for over 10%.

The number of dwellings in Rother Vale has increased by 795 (+27%) since 2011 and there are 1,349 more households (+47%). Both household and dwelling growth is well above borough averages due to large housing development schemes in Catcliffe and Waverley in the past 10 years.

Most housing is Rother Vale is owner occupied detached and semi-detached. The proportion of private rented housing is average, with more social rented dwellings.

Rother Vale has high proportion of workplaces in manufacturing, professional, scientific, and technical services, which reflects the Advanced Manufacturing Park, and a low proportion in public services. The number of jobs based in the ward is above borough average, being equal to 73% of the local working age population.

The proportion of working age people claiming benefits in Rother Vale is below the Rotherham average.

Rother Vale had rates of poor health and disability just above the Borough average in 2011 but much higher than the national average, with a similar picture disability benefit claims.

Over 50% of health and lifestyle indicators are worse (have higher rates) than Rotherham average. Additionally, a quarter of indicators are significantly worse, particularly in terms of higher rates of deaths from coronary heart disease, stroke, respiratory disease and circulatory disease. The period the data relates to is shown as (a) to (f) below and explained in the notes.

Compared to Rotherham average, Rother Vale ward is better for (has lower rates/less):

In contrast Rother Vale ward is worse for (has higher rates/more):

Rother Vale ward has well above average infection rates for Rotherham and ranks 4th out of the 25 wards.

Levels of recorded crime and ASB in Rother Vale are less than the Rotherham average. 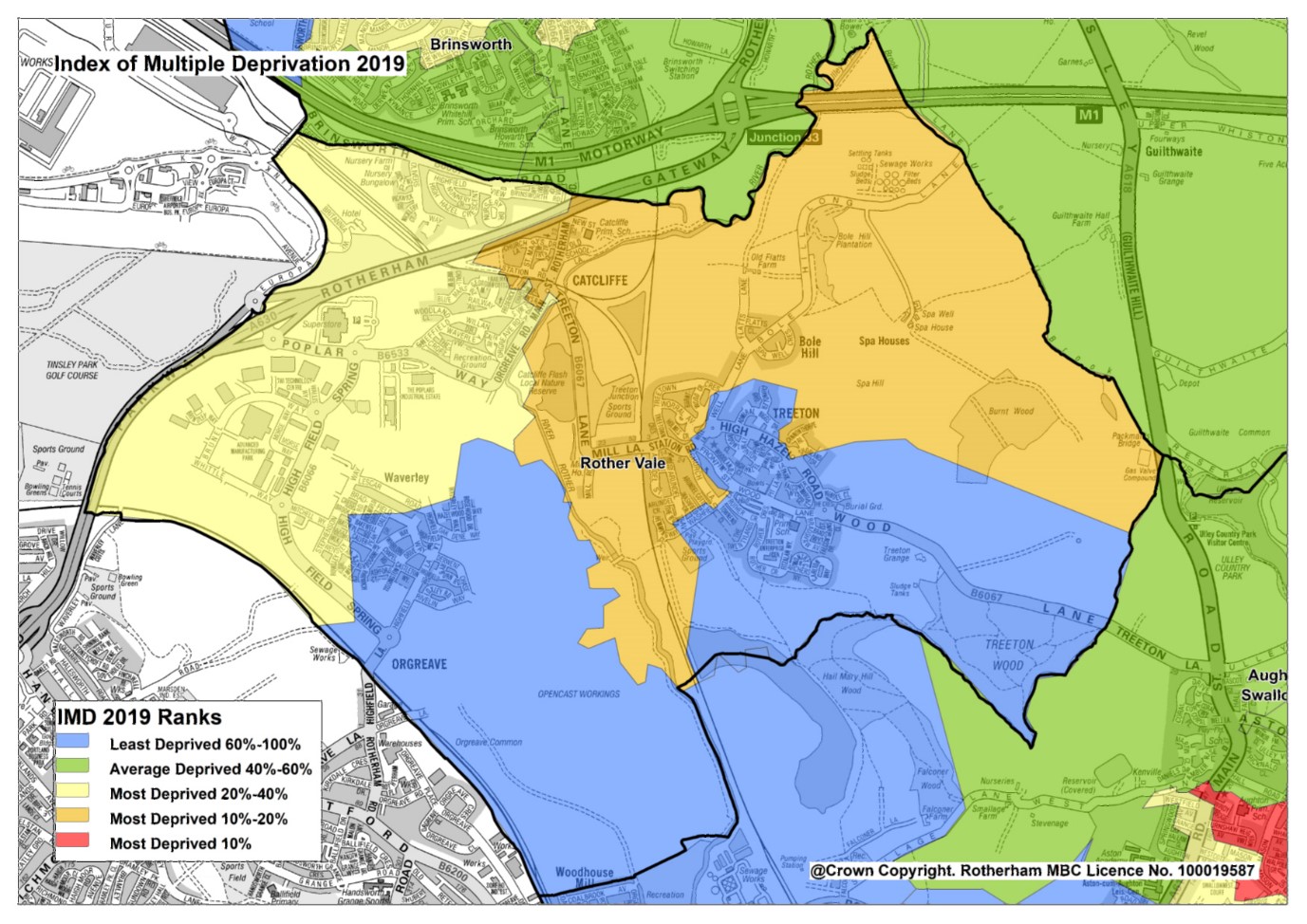 Income deprivation is below average in Rother Vale for all age groups. Children are more likely to be affected by income deprivation than adults, with level being well below the Borough average.