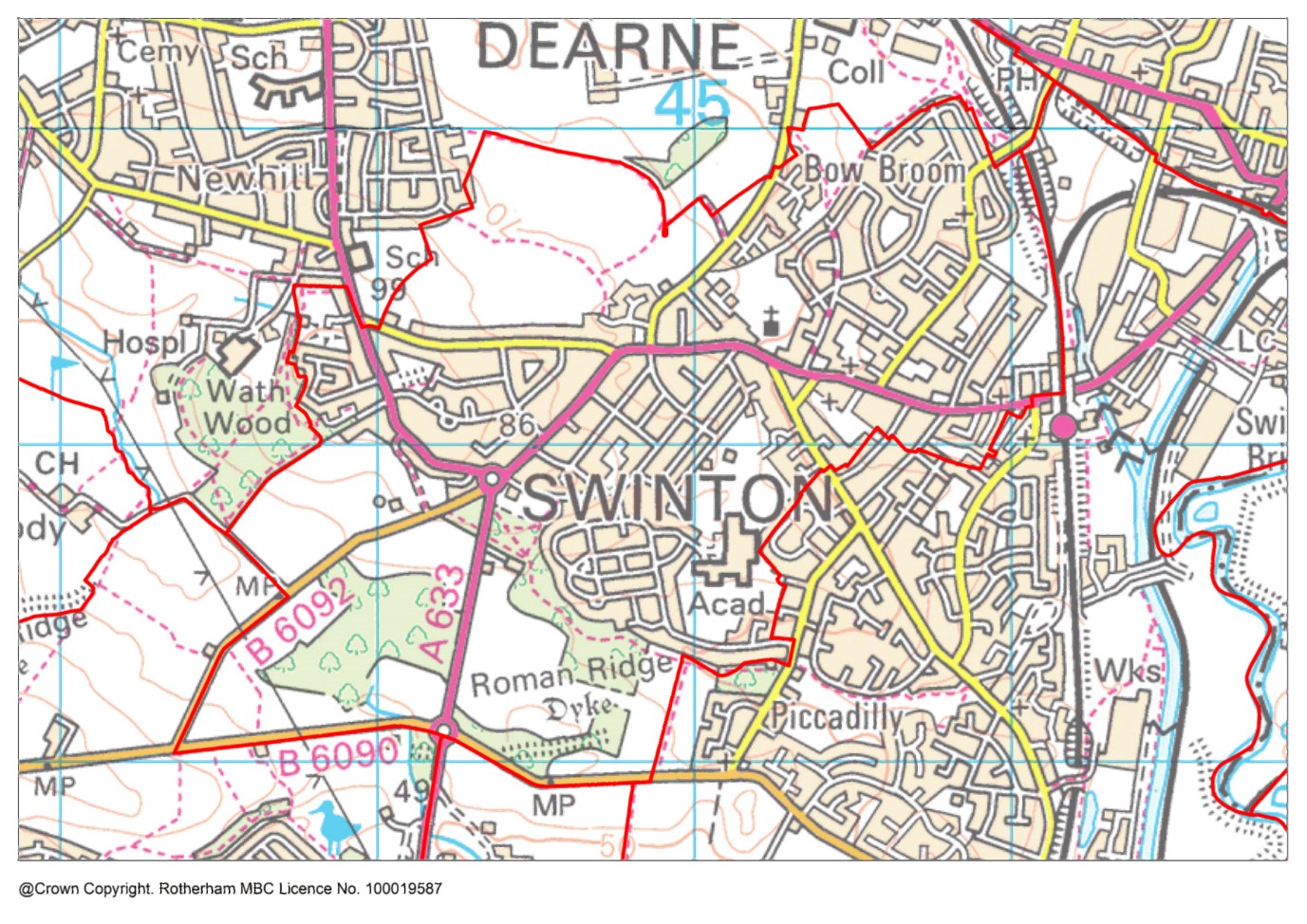 Swinton Rockingham Ward lies in the north east of the Borough, with a population of 8,296 (2019 population estimate). The ward is represented by two members of the Council. Swinton Rockingham covers west side of the small town of Swinton (population 10,810). Swinton is a varied ward with some pockets of deprivation such as the Fitzwilliam estate. However, the socio-economic characteristics overall are fairly typical of Rotherham Borough.

The population of Swinton Rockingham ward has hardly changed since 2011 in contrast to the increasing borough population.  The age structure of the population is older than the Rotherham average, with the percentage aged 65+ being well above average.

The number of dwellings in Swinton Rockingham has increased by 237 (+6%) since 2011 and there are 223 more households (+6%). This increase has coincided with a small reduction in population, indicating falling average household size.

Swinton Rockingham has a similar housing mix to Rotherham as a whole, being nearly two thirds owner occupied with semi-detached housing being the most common type. There are few flats in the ward with most being social rented properties.

Swinton Rockingham has over double the Borough average proportion of local jobs in manufacturing and also well below average proportion in public sector employment. Employment levels in the ward rely on opportunities in other areas as local jobs were only sufficient for 47% of working age residents.

Child poverty in Swinton Rockingham is below the Rotherham average and well above the national average.

Swinton had rates of poor health and disability above the Borough average in 2011 and much higher than the national average. Disability benefit claim rates are level with the borough average.

Over 60% of health and lifestyle indicators are better (have lower rates) than Rotherham average. Additionally, a quarter of indicators are significantly better, particularly in terms of lower rates of emergency hospital admissions for stroke and COPD and deaths from causes considered preventable. The period the data relates to is shown as (a) to (f) below and explained in the notes.

Compared to Rotherham average, Swinton Rockingham ward is better for (has lower rates/less):

In contrast Swinton Rockingham ward is worse for (has higher rates/more):

Swinton Rockingham ward has slightly below average infection rates for Rotherham and ranks 9th out of the 25 wards.

Levels of recorded crime and ASB in Swinton Rockingham are less than the Rotherham average. 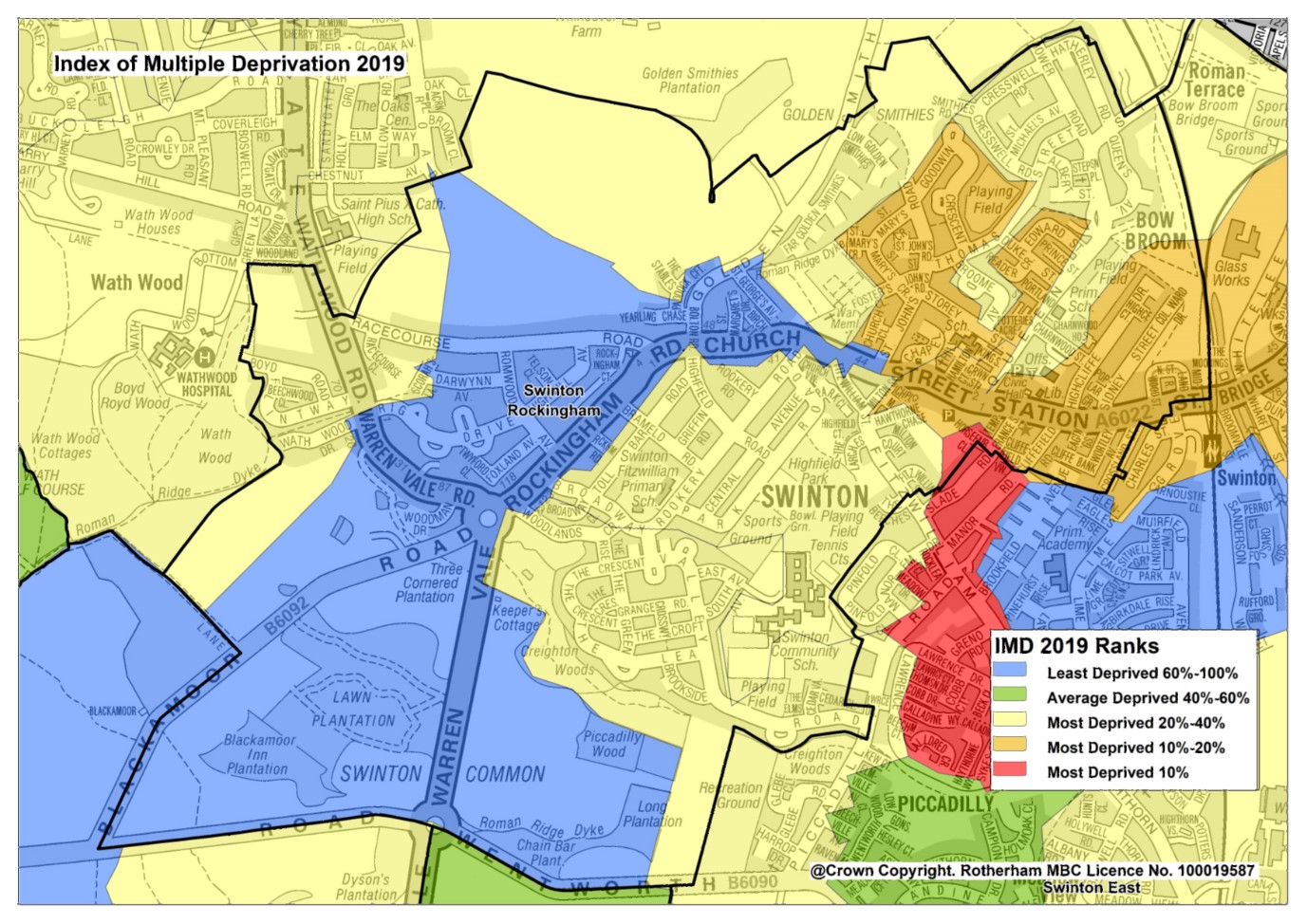 Income deprivation is average in Swinton Rockingham for many age groups. Whilst children are more likely to be affected by income deprivation than adults, the level is still below the Borough average.

The IMD is not published for wards but the average SOA score in Swinton Rockingham is 30 showing one of the highest increases in the borough from 26 in 2015. This is above the Rotherham West average score of 29 (28 in 2015), with an SOA equivalent rank of 9,360 (28th percentile).