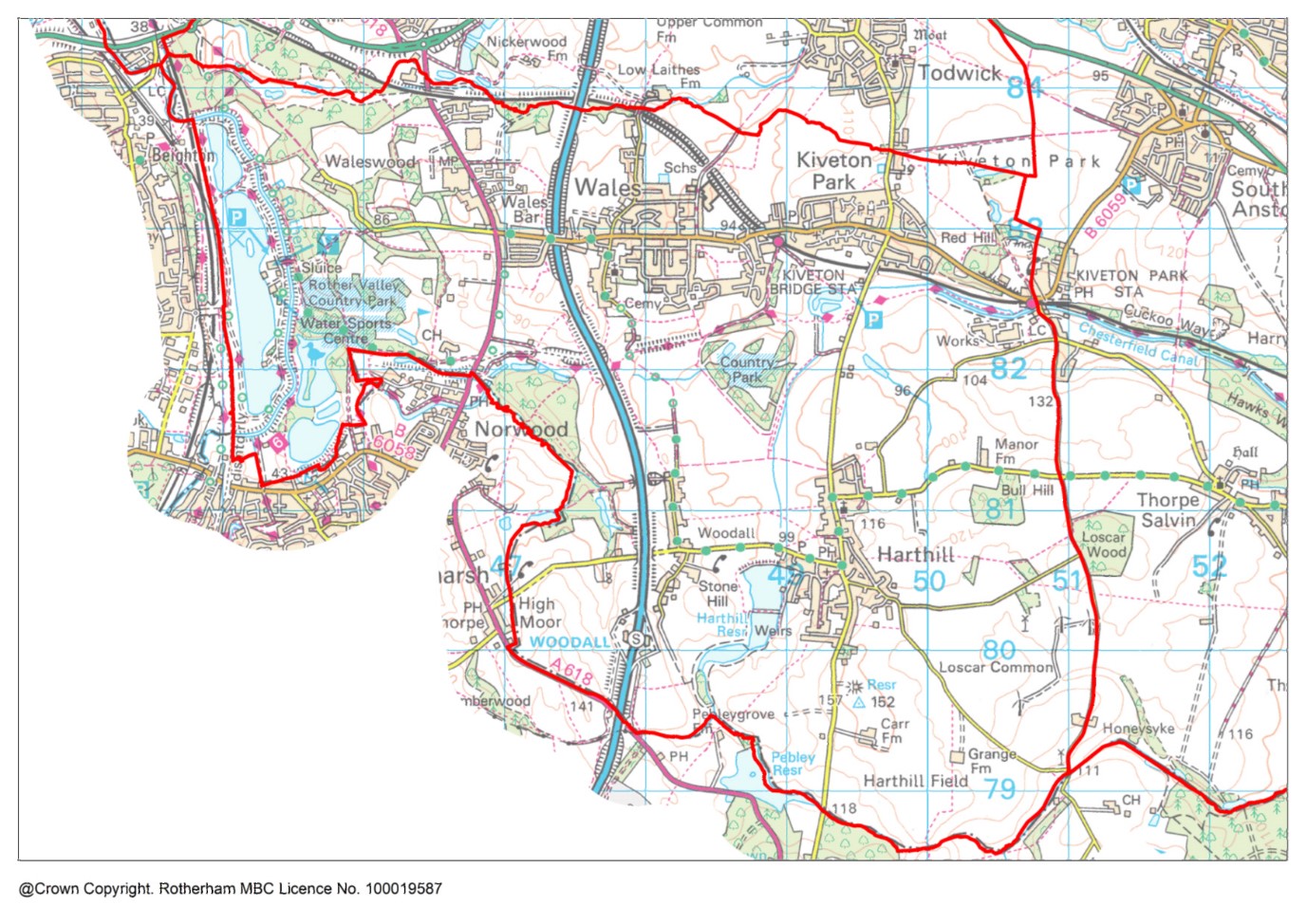 Wales ward lies in the far south of Rotherham Borough, with a population 9,741 (2019 population estimate). The ward is represented by two members of the Council. The main parish in the ward is Wales (population 7,190) which combines the twin villages of Wales and Kiveton Park which was once a mining community.  In the south is the parish of Harthill with Woodall (population 1,869).

In the far west of the ward is the Rother Valley Country Park which adjoins the location of the Gullivers Valley theme park. Woodall is well known as the location of a service station on the M1 motorway. Overall, the ward is not very deprived and contains some affluent areas including Harthill. However, there are some pockets of deprivation in Wales and Kiveton Park. Kiveton Bridge and Kiveton Park railway stations are situated in the ward.

The population of Wales ward has hardly changed since 2011 in contrast to the increasing borough population.  The age structure of the population is older than the Rotherham average.

The proportion of people claiming benefits of all types in Wales is well below the Rotherham average.

Over 70% of health and lifestyle indicators are better (have lower rates) than Rotherham average. Additionally, a half of indicators are significantly better, particularly in terms of lower deaths from circulatory disease under 75 years, deaths from causes considered preventable and emergency hospital admissions for Chronic Obstructive Pulmonary Disease (COPD) and for Myocardial Infarction (heart attack). The period the data relates to is shown as (a) to (f) below and explained in the notes.

Compared to Rotherham average, Wales ward is better for (has lower rates/less):

In contrast Wales ward is worse for (has higher rates/more):

Wales ward has below average infection rates for Rotherham and ranks 21st out of the 25 wards.

Levels of recorded crime and ASB in Wales are less than the Rotherham average. 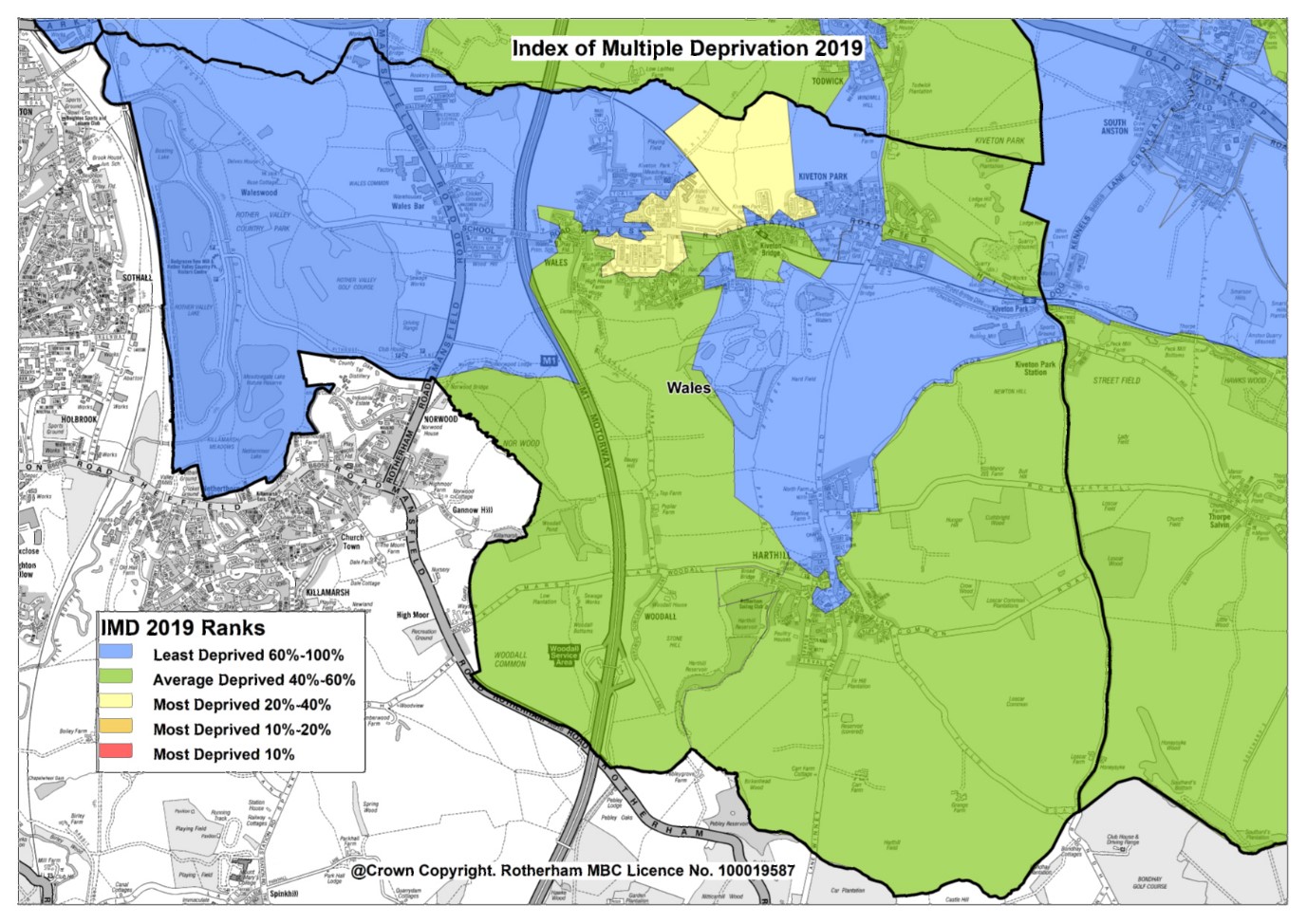 Income deprivation is below average in Wales for all age groups. Whilst children are more likely to be affected by income deprivation than adults, the level is still well below the Borough average.