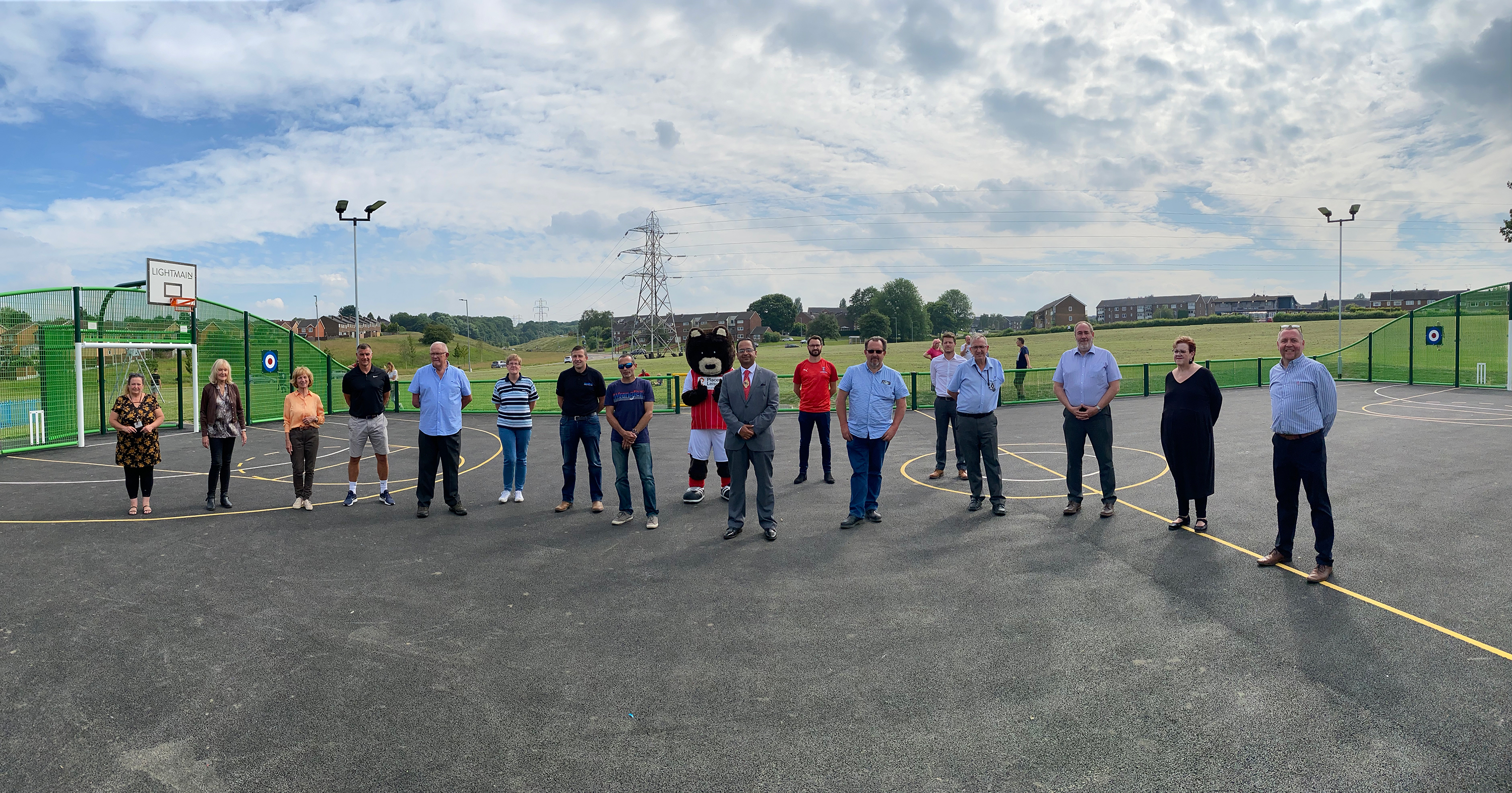 Cllr Sarah Allen said: "England playing Germany may have been exciting but for us in Greasbrough this is way more important!

Working with our Neighbourhoods Team and colleagues in Early Help, we asked young people what they'd like to see in their community, we listened and here it is!
By working in partnership with our funders and officers from the Green Spaces service we've provided a significant facility for all ages and genders to use.

We're aiming to put on a programme of activity throughout the summer holidays and on an ongoing basis, with the help of Rotherham United Community Sports Trust, Active Regen and the Council's Children and Young People's service "

Cllr Rob Elliott said: “We should like to thank everyone that’s been involved in the process of making this a reality. It really has been a team effort with local companies, the Council and the community coming together to create a superb facility. It is fitting to be launching a facility like this in the middle of a major football tournament and before another major tournament, the Women’s Euros, where a number of games will be played at Rotherham United’s New York stadium next year.

“We look forward to working with everyone to ensure the project is successful going forward into the future and that local people make use of a much-needed new facility.”

Local companies Harsco/SteelPhalt has provided the material for the playing surface with Campbell Design & Engineering securing the tender to deliver the project.