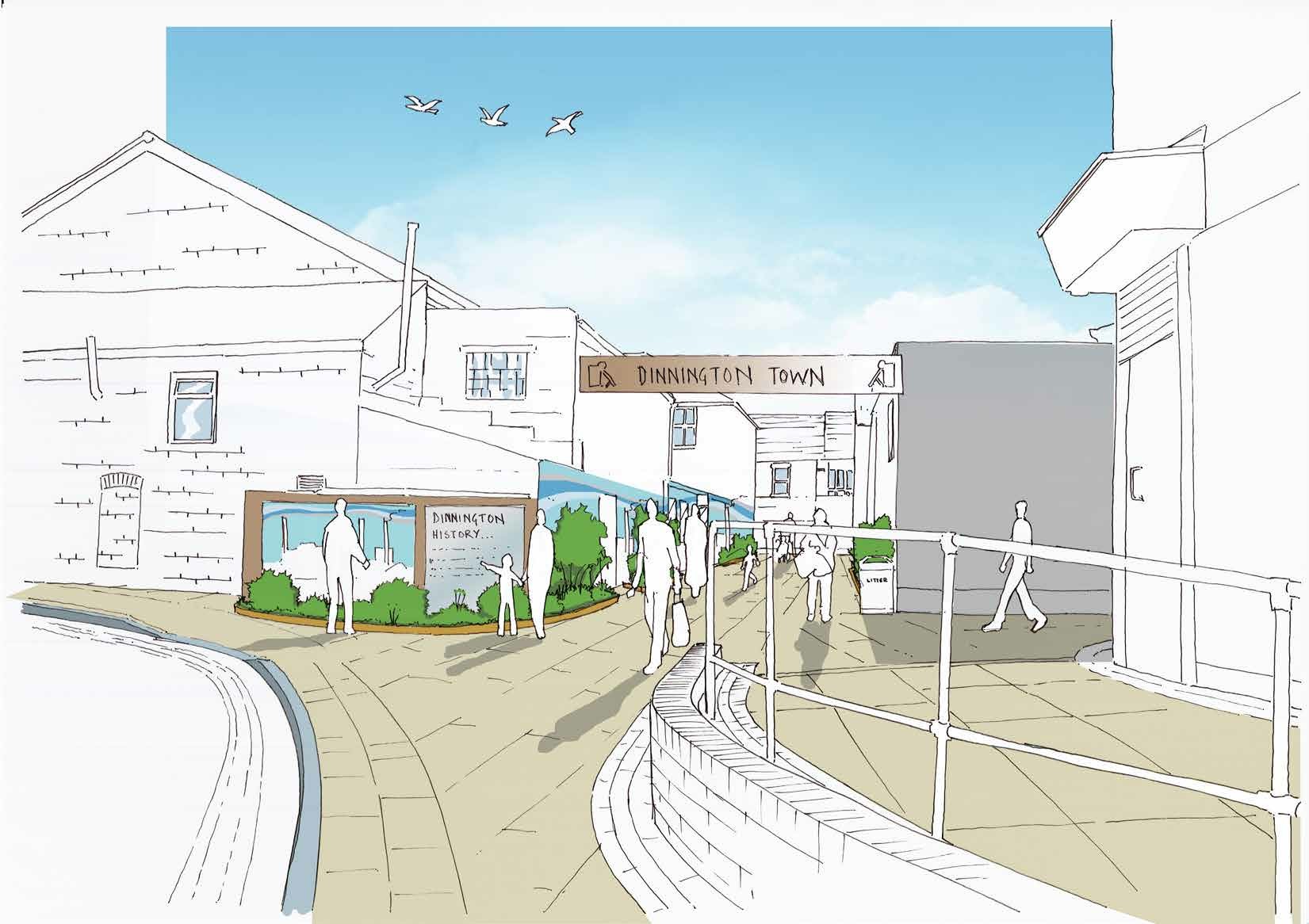 Following the overwhelming public vote at the Referendum in favour of adopting the “Neighbourhood Plan” for Dinnington things are progressing at a pace!

Last year Dinnington Community Land Trust CIC was formed to work in conjunction with Dinnington St Johns Town Council to deliver the key elements of the Neighbourhood Plan through Partnership arrangements with public and private organisations. The first opportunity for this took place with the availability of the Governments “Levelling up Fund”, and the Land Trust together with the Town Council worked to ensure that a bid was put together that would allow Dinnington to benefit from this fund. This bid was assisted by our local MP and Ward Councillors and together with Rotherham Council the bid was submitted in the middle of June.

The bid, which was part of a Borough wide application by Rotherham Council, focussed on regeneration and developing the Town Centre and the Markets area. Using the work that the Town Council through its Neighbourhood Plan Group had proposed a workshop was held with key stakeholders to try and define what the Town Centre needs and how this could be delivered.

The workshop indicated that a new Indoor Market was needed together with an external space that could be multifunctional. This space could provide areas for public events and play facilities for children but could also provide external stalls and commercial possibilities as needed at various times of the year.

It was also felt that some space should be devoted to housing to bring life back to the centre and try and create a sense of “Community” once again. This accommodation could be incorporated into new retail premises that would redefine the area. New street furniture and lighting is planned as are possible revisions to traffic management.

Rotherham’s Regeneration Team and the Stakeholders have put together the provisional details of the scheme to apply for funding from the Levelling Up Fund and will be engaging with the local community to develop the major details of the planned changes.

The total bid that has been submitted by Rotherham Council for the whole Borough is close to the maximum that is available of £60m. Of this almost £20m is for Rother Valley Constituency including the £9.25m for Dinnington. The projected cost for the work in Dinnington is a little over £14m. If the bid is successful Rotherham Council have committed to engage with the private sector for the delivery the new retail and residential facilities.

One of the other elements of the Neighbourhood Plan was the wish to create more Social Housing for the Community. The Land Trust in conjunction with the Town Council have developed a scheme for around 28 Social House to fill the old Scarsdale site and are currently engaged in the Planning process to deliver these houses. Further details of this will be confirmed later this year with the expectation of building works being commenced in the next 12 months.

The Land Trust is continuing to develop the Neighbourhood Plan and expects to confirm other projects that will be initiated in the coming months.