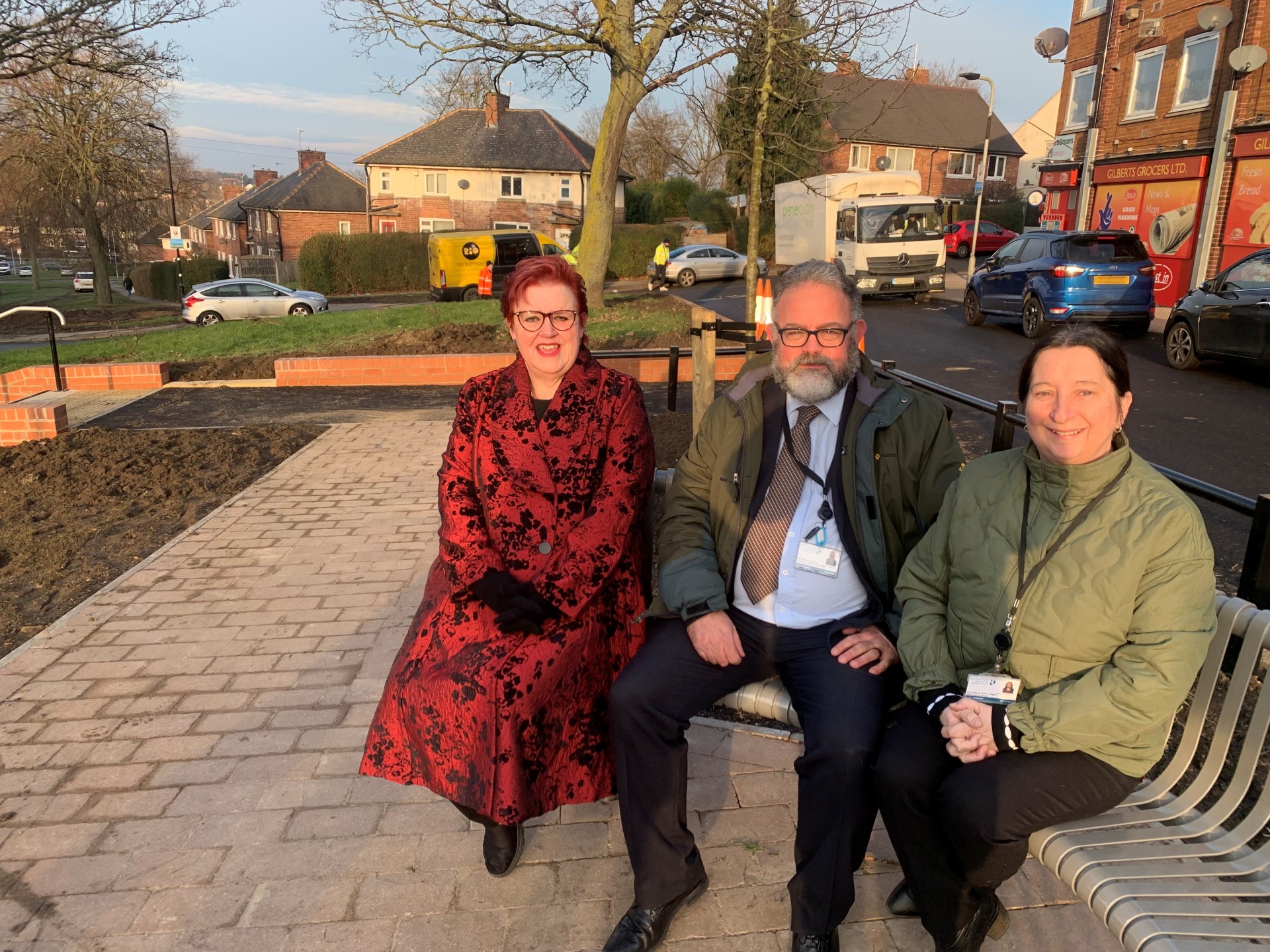 The Towns and Villages Fund scheme in Dalton and Thrybergh Ward has been completed. A new community garden has been created and a range of improvements have been delivered.

The area around Ridgeway Stores has been transformed.

A new community garden is a space where the local community can come together, with seating, trees, and planting.

Previously, this was a large green space that had a lack of purpose. Existing boundary walls and steps outside of the shop were eroded and damaged.

The walls and steps have been replaced. Improved paving next to the shop has also been installed. The appearance of the area is much improved and it’s now a more accessible space for residents.

An informal crossing point has been created, which will help to improve road safety.

As works to revitalise and improve Rotherham Town Centre progress, it is important that investment in local centres is also made.

The Towns and Villages Fund is a £4 million commitment from Rotherham Council to deliver improvements to local towns and villages across the borough.

I am delighted that another Towns and Villages Fund scheme has been completed.

“As a Council, we are committed to improving our local town and village centres across Rotherham. Through the Towns and Villages Fund, a range of improvement projects are progressing at pace in our neighbourhoods.”

This project took place in East Herringthorpe, which is part of the Dalton and Thrybergh Ward.

I am pleased that we have been able to make these improvements for residents in East Herringthorpe. A new space has been created where local people can come together.

"One of the Ward priorities for the Dalton and Thrybergh Ward is to ensure that our neighbourhoods are safe, clean, tidy and celebrated. The Towns and Villages Fund investment supports this Ward priority."

Through the Towns and Villages Fund investment, the look and feel of the area has been transformed. The new green space is now a focal point in the heart of the community.

"Thanks to the new paving and steps that have been installed, the area is also now more accessible."

This scheme is the third Towns and Villages Fund project that has been completed, following on from schemes in Greasbrough and in the Hellaby and Maltby West Ward.

For more information on the Towns and Villages Fund, please visit: www.rotherham.gov.uk/villages