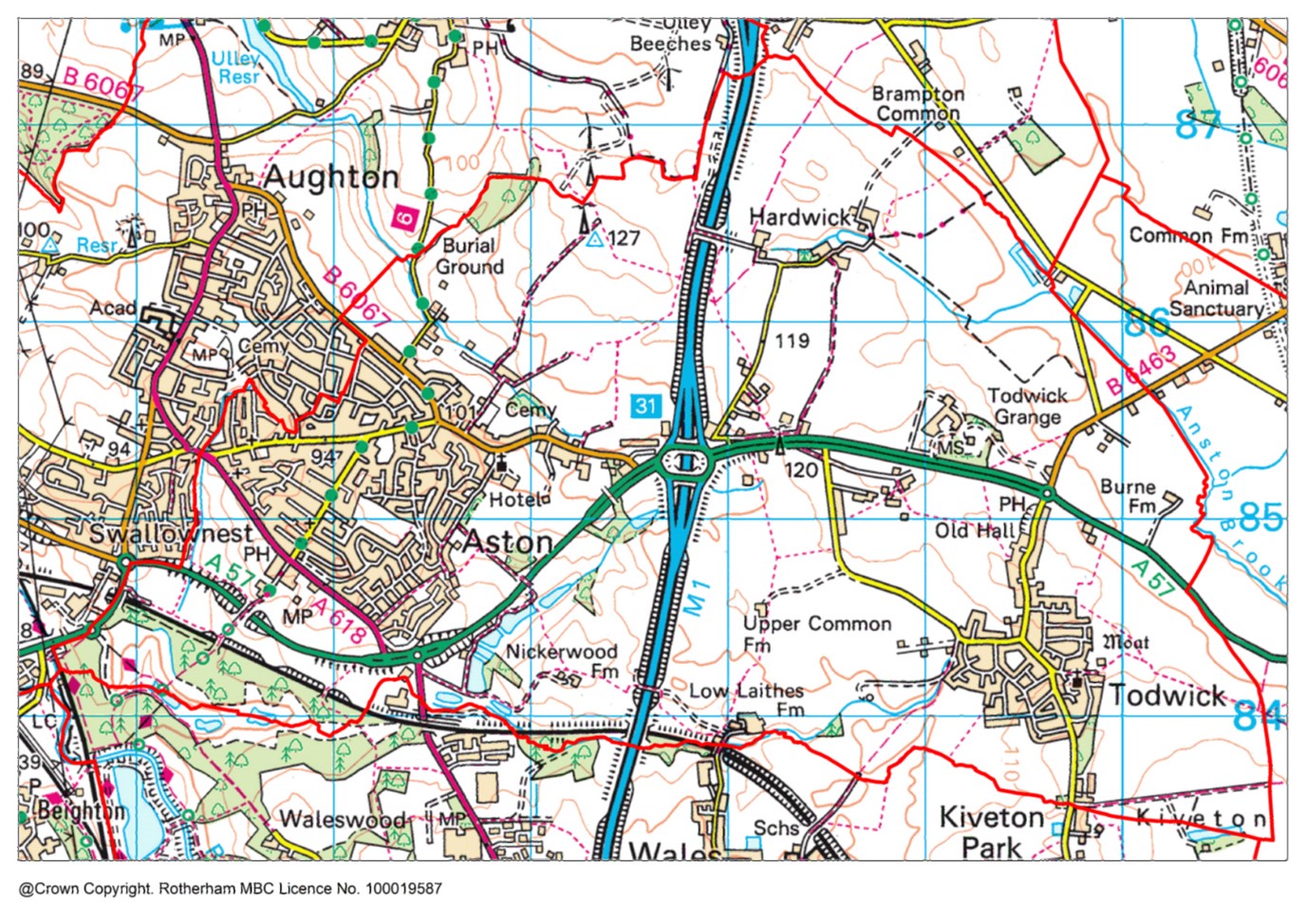 The ward has a high proportion owner occupied housing and contains some of the most prosperous areas in the Borough, mainly on the east side of Aston. The area is popular with commuters, especially to Sheffield. However, there are also pockets of deprivation, notably in north Aston.

Population change since 2011: +92 (+1%) (Rotherham +3.2%)
The population of Aston and Todwick ward has hardly changed since 2011 in contrast to the increasing borough population. The age structure of the population is significantly older than the Rotherham average, with the percentage aged 65+ being well above average.

Aston and Todwick is heavily owner occupied with most houses either detached or semi-detached. Most rented housing is semi-detached and there are few flats.

Aston and Todwick has high proportion of local employment in accommodation, food services and education. The proportion of employment in production industries is below average. Employment levels in the ward depend on opportunities elsewhere as local jobs are only sufficient for 17% of local workers.

The proportion of people claiming benefits of all types in Aston and Todwick is well below the Rotherham average.

Child poverty in Aston and Todwick is well below the Borough average.

Over 65% of health and lifestyle indicators are better (have lower rates) than Rotherham average. Additionally, a quarter of indicators are significantly better, particularly in terms of lower rates of emergency hospital admissions and premature deaths. The period the data relates to is shown as (a) to (f) below and explained in the notes. 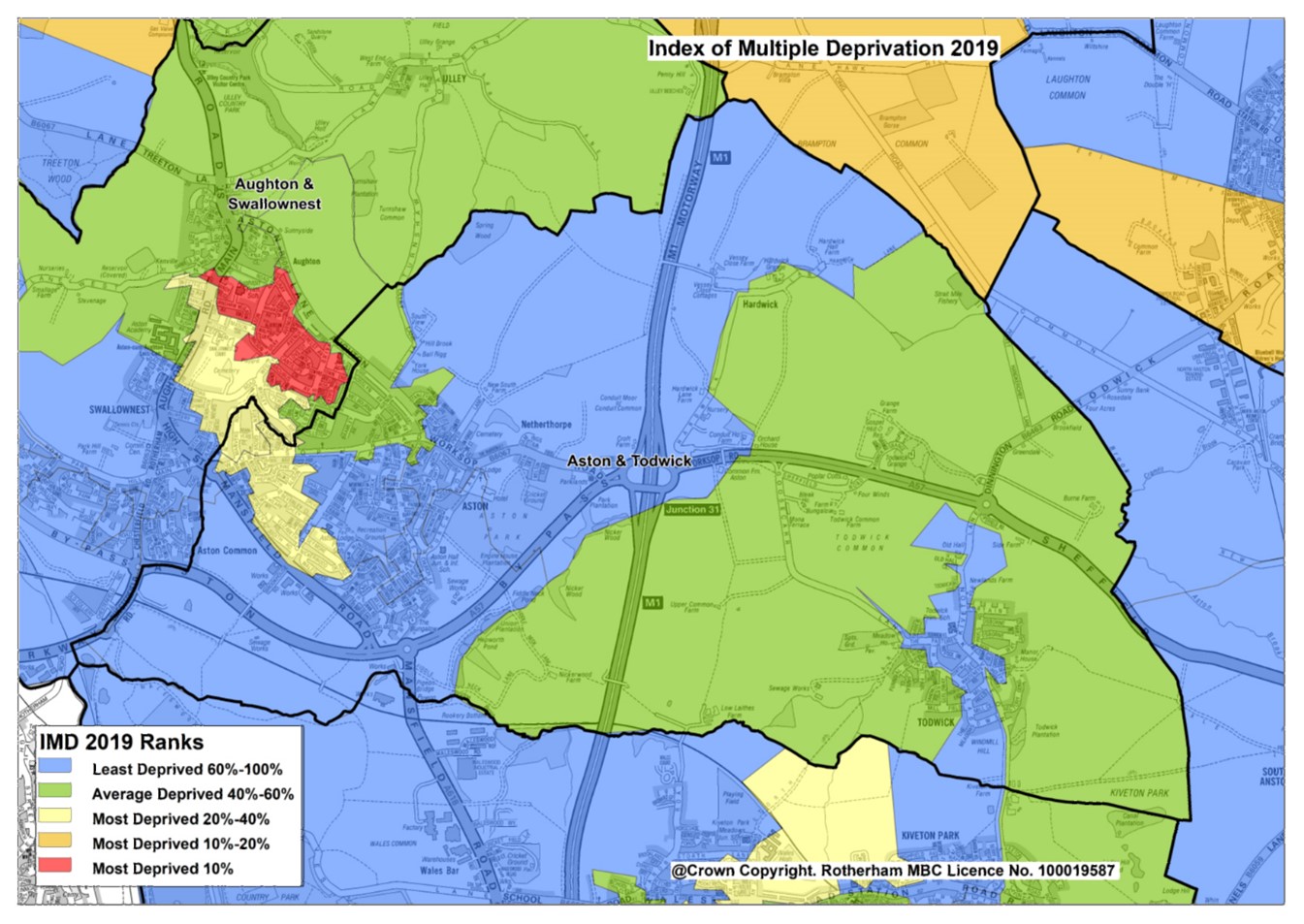 Deprivation in Aston and Todwick

Income deprivation is below average in Aston and Todwick for all age groups. Whilst children are marginally more likely to be affected by income deprivation than adults, the level is still well below the Borough average.