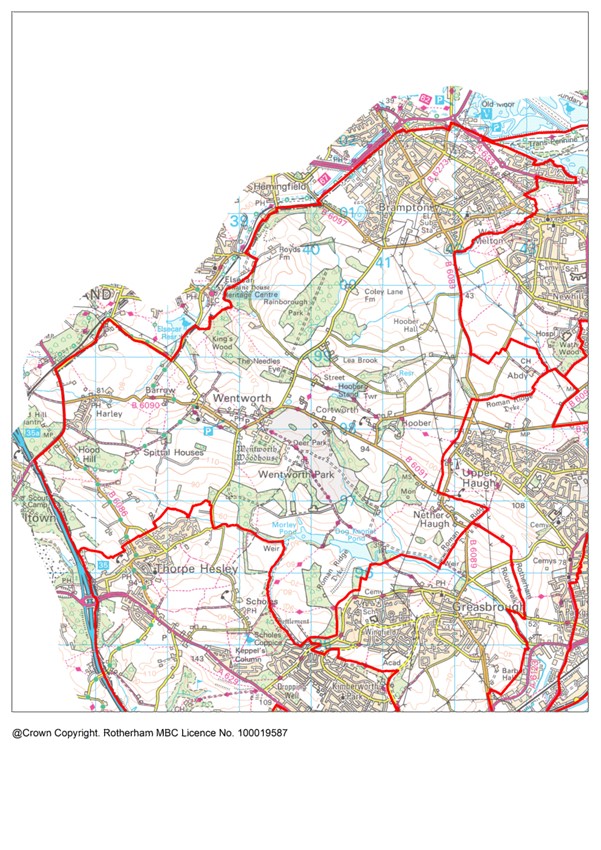 Hoober lies in the north west of the Borough, with a population of 12,982 (2019 population estimate). The ward is represented by three members of the Council. The ward contains the rural villages of Wentworth, Harley and Nether Haugh, as well as the much larger communities of Brampton and West Melton. The Manor Farm council estate, adjoining Rawmarsh, is also in the ward. The parishes of Wentworth (population 1,409) and Brampton Bierlow (population 4,846) cover most of the ward area with the exception of West Melton.

There is also housing and retail development at Manvers in the north east of the ward. Although most of Hoober ward is rural, the population is concentrated in the more urban areas and proportion of council renting is above average. Deprivation is low in Wentworth but there are some deprived pockets in Brampton and West Melton. Hoober ward features the large stately home of Wentworth Woodhouse and the surrounding parkland. The local landmark of Hoober Stand is located in the centre of the ward and is the highest point in Rotherham.

Semi-detached, detached and terraced houses all account for at least a quarter of owner-occupied homes in Hoober, which are the majority of households. There are few flats, mostly social rented although 66% of council housing is semi-detached.

Hoober has a high proportion of local jobs in retail and wholesale, notably at Cortonwood. The ward still relies on opportunities elsewhere as local jobs were only sufficient for 46% of local workers.

The proportion of working age people claiming benefits in Hoober are below the Rotherham average.

Child poverty in Hoober is below the Borough average.

Over 50% of health and lifestyle indicators are better (have lower rates) than Rotherham average. Additionally, a quarter of indicators are significantly better, particularly in terms of lower rates of obesity in children and deaths from all cancer. The period the data relates to is shown as (a) to (f) below and explained in the notes.

Compared to Rotherham average, Hoober ward is better for (has lower rates/less):

In contrast Hoober ward is worse for (has higher rates/more):

Deaths from respiratory diseases and stroke all ages all persons (c); hospital stays for self-harm (d); emergency hospital admissions for stroke (d); admissions for injuries in 15 to 24 year olds (f).

Hoober ward has slightly below average infection rates for Rotherham and ranks 11th out of the 25 wards.

Levels of recorded crime and ASB in Hoober are less than half the Rotherham average. 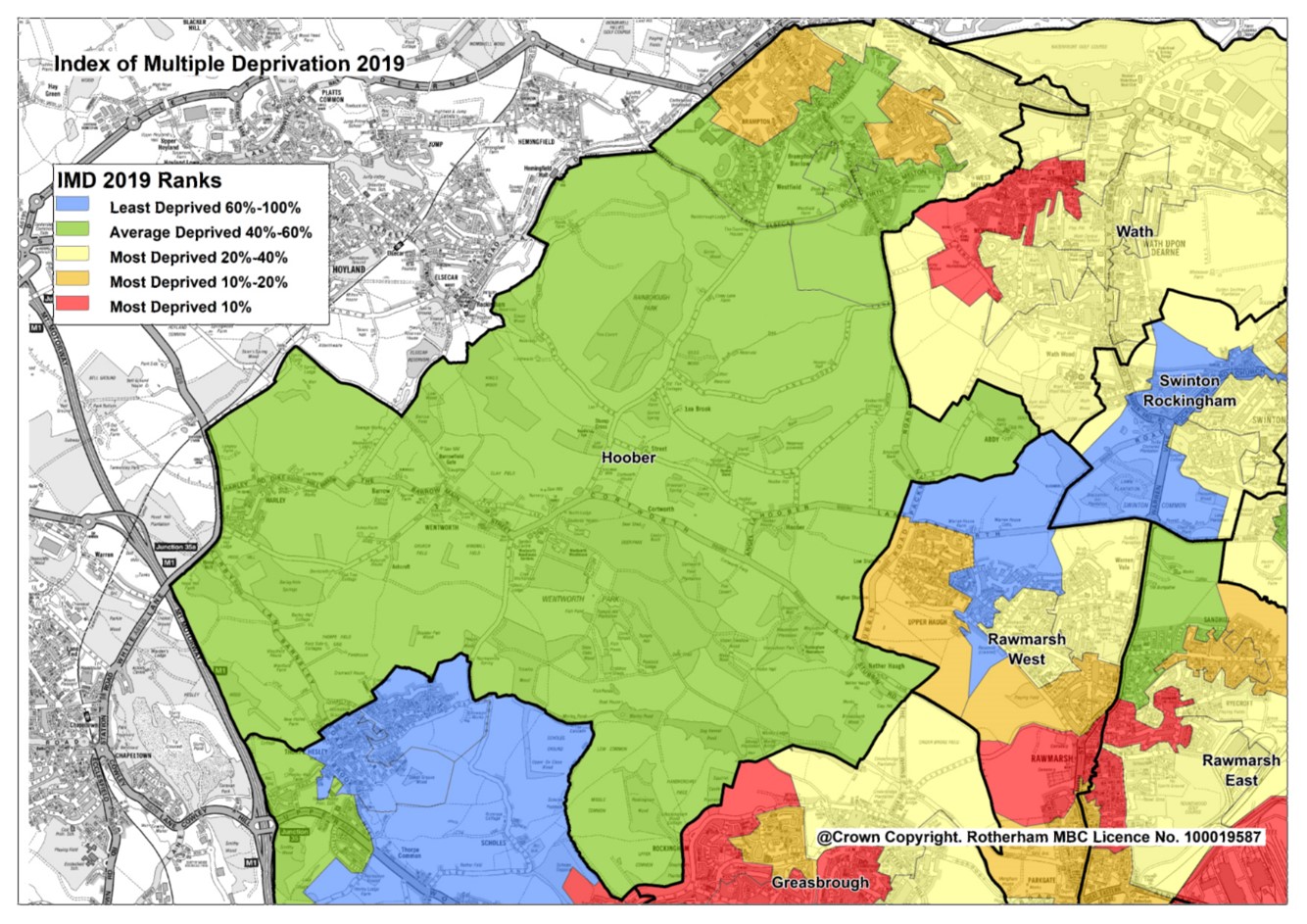 Deprivation in Hoober is below the Borough average and in most of the ward is also well below the national average. There are 2 neighbourhoods which are more deprived than the ward average, however both Brampton North and West Melton West are not within the most deprived 10% of England.

Income deprivation is below average in Hoober for many age groups. Whilst children are more likely to be affected by income deprivation than adults, the level is still below the Borough average.