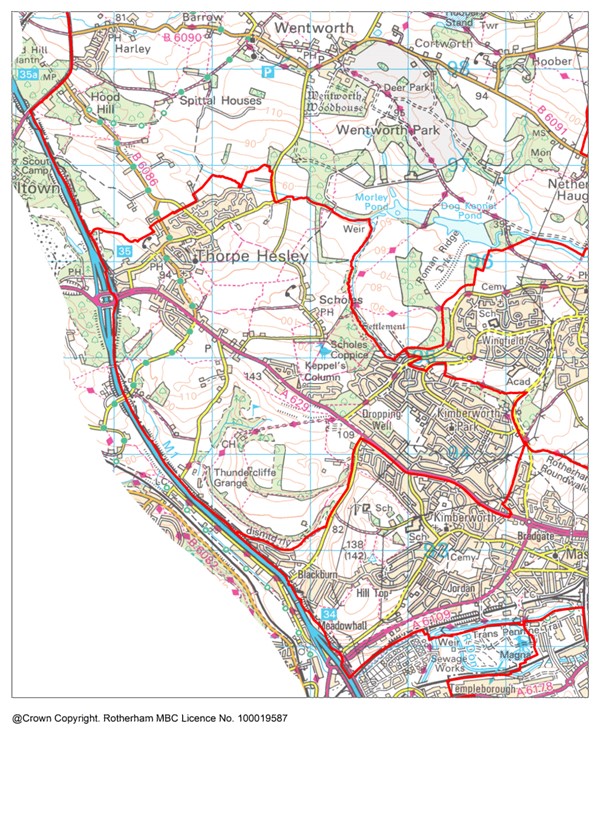 The population of Keppel ward has hardly changed since 2011 in contrast to the increasing borough population.  The age structure of the population is broadly similar to the Rotherham average.

Keppel is among the 80% of wards in Rotherham where the white British population exceeds 90%. However, the 2020 School and Pupil Census shows BAME heritage accounting for over 10%.

Housing in Keppel ward is a mainly owner occupied with a high proportion of semidetached housing, both owned and rented. There are relatively few flats, with the majority being social rented.

Keppel has a high proportion of local employment in Education and Accommodation and Catering. Keppel has the joint fewest workplace jobs in any Rotherham ward, equivalent to only 13% of the working age population, with most working elsewhere.

The proportion of people claiming benefits of all types in Keppel is below the Rotherham average.

Child poverty in Keppel is below the Borough average.

Keppel had rates of poor health and disability below the Borough average in 2011 but above the national average, a pattern also reflected in disability benefit claims

Over 60% of health and lifestyle indicators are better (have lower rates) than Rotherham average. Additionally, a quarter of indicators are significantly better, particularly in terms of lower rates deaths from stroke (all ages all persons), hospital stays for self-harm and incidence of breast cancer. The period the data relates to is shown as (a) to (f) below and explained in the notes.

Compared to Rotherham average, Keppel ward is better for (has lower rates/less):

In contrast Keppel ward is worse for (has higher rates/more):

Keppel ward has below average infection rates for Rotherham and ranks 17th out of the 25 wards.

Primary and secondary attainment in 2019 was similar to Rotherham averages.

Levels of recorded crime and ASB in Keppel are less than half the Rotherham average. 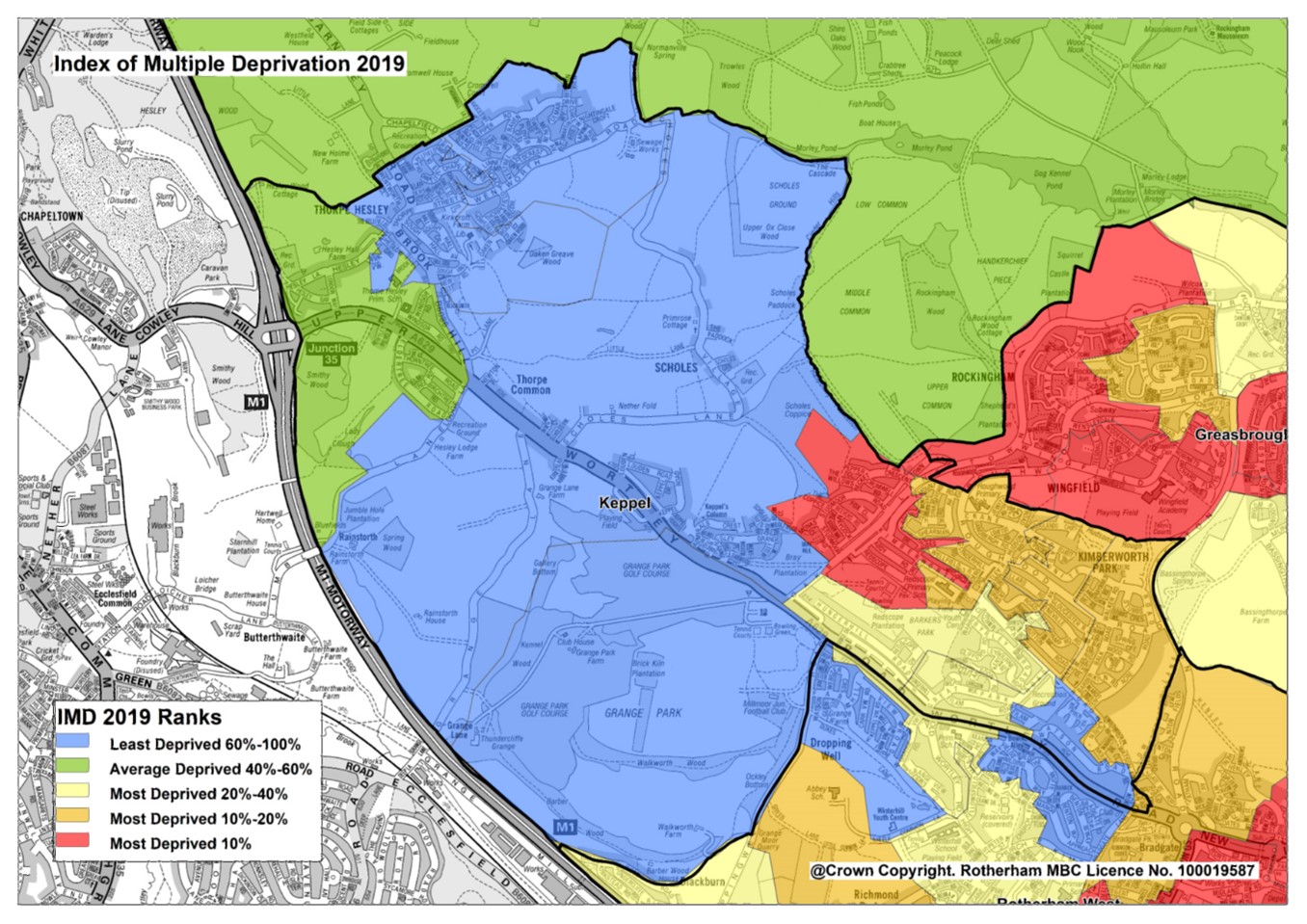 Income deprivation is below average in Keppel for all age groups. Whilst children are more likely to be affected by income deprivation than adults, the level is still below the Borough average.