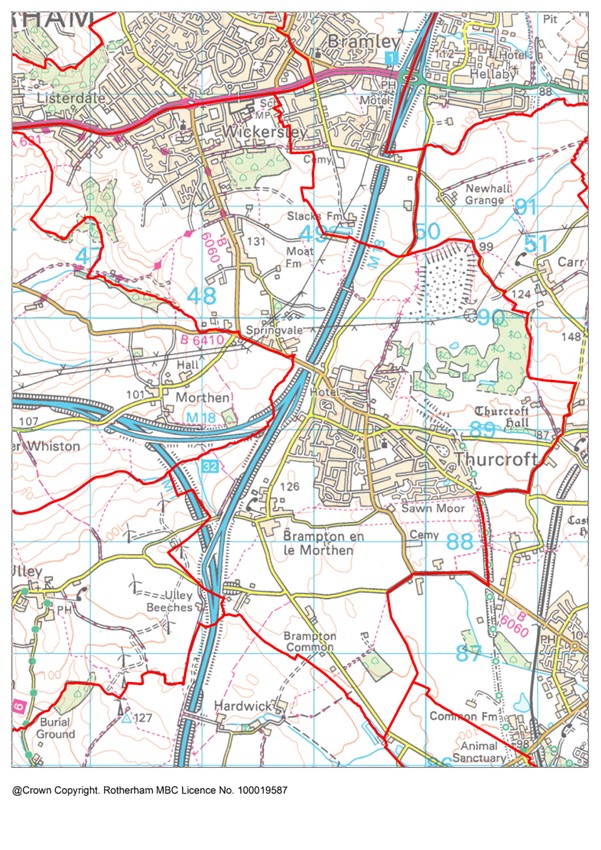 The population of Thurcroft & Wickersley South ward has increased significantly more than the borough average since 2011.  The increases are mostly found in the Thurcroft East area.  The age structure of the population is older than the Rotherham average, with the percentage aged 65+ being well above average.

The number of dwellings in Thurcroft and Wickersley South has increased significantly by 634 (+15%) since 2011 and there are 843 more households (+20%). With population only growing by 7% despite substantial new housing indicates a significant decline in average household size with more people living alone or in smaller families.

Thurcroft and Wickersley South has mainly owner-occupied housing with a high proportion of detached houses. Rented housing is relatively scarce in the ward and there are few terraced houses or flats.

Thurcroft and Wickersley South has a high proportion of local jobs in Accommodation, food services and education. Public sector and manufacturing employment are below borough average. Employment levels in the ward depend on opportunities elsewhere as local jobs are only sufficient for 41% of local workers

Child poverty in Thurcroft and Wickersley South is below the Rotherham average and well above the national average.

Over 70% of health and lifestyle indicators are better (have lower rates) than Rotherham average. Additionally, a quarter of indicators are significantly better, particularly in terms of lower rates of emergency hospital admissions for Chronic Obstructive Pulmonary Disease (COPD) and for Myocardial Infarction (heart attack). The period the data relates to is shown as (a) to (f) below and explained in the notes.

Compared to Rotherham average, Thurcroft and Wickersley South ward is better for (has lower rates/less):

Deaths from all cancer all ages, from all causes all ages, from respiratory diseases all ages all persons (c); deliveries to teenage mothers (d); emergency hospital admissions for all causes, for CHD, for Chronic Obstructive Pulmonary Disease and for Myocardial Infarction (heart attack) (d); hospital stays for alcohol related harm (Broad definition) (d); incidence of lung cancer (a); obese children reception year and year 6 (e).

In contrast, Thurcroft & Wickersley South ward is worse for (has higher rates/more):

Thurcroft & Wickersley ward has slightly below average infection rates for Rotherham and ranks 13th out of the 25 wards. 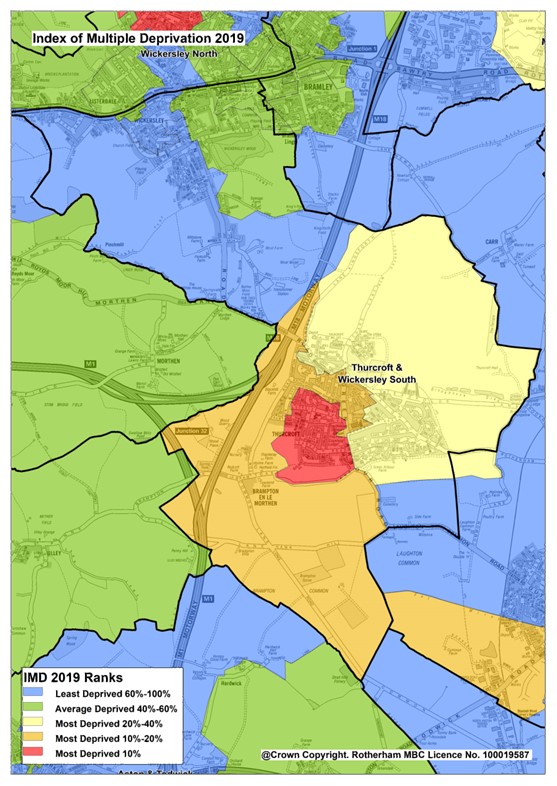 Deprivation in Thurcroft and Wickersley South

Income deprivation is below average in Thurcroft & Wickersley South for some age groups. Whilst children are more likely to be affected by income deprivation than adults the level is still below the Borough average.