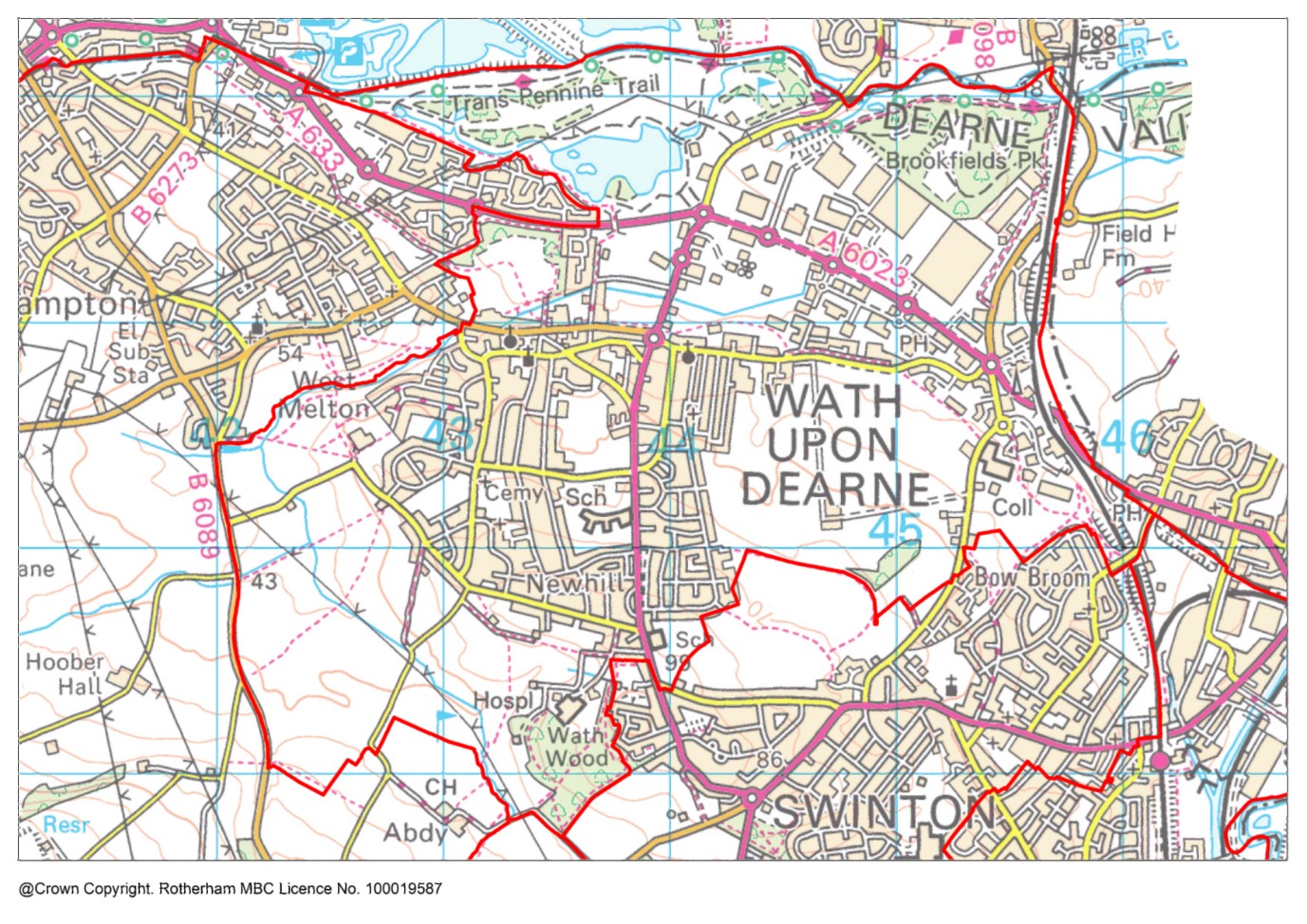 Wath Ward lies in the north of the Borough, in the lower Dearne Valley, with a population of 9,791 (2019 population estimate). The ward is represented by two members of the Council. Wath upon Dearne is a small town (population 9,730) with a mix of council estates, terraced housing, suburban areas and new housing which make it fairly typical of the Borough. North-west Wath is the main area of council housing and deprivation although there is also a smaller deprived pocket in the east. South Wath, around Wathwood Hospital, is a private suburban area which merges with the western part of Swinton, also in the south of the ward.

The north of Wath is dominated by the Manvers area which was once a major complex serving the coal industry but is now Rotherham’s largest centre of new industry and employment. There is also a lake and parkland at Manvers which was developed as part of reclamation of land formerly dominated by the coal including Manvers Main colliery and coking plant. Manvers is also the location of RNN College’s Dearne Valley Campus.

The number of dwellings in Wath has increased by 511 (+13%) since 2011 and there are 485 households (+12%). These increases have coincided with a 6% rise in population, indicating falling average household size.

Wath has a high proportion of employment in service sector industries including Information & communications, financial and business administrations and support services.

The proportion of working age people claiming benefits in Wath is below the Rotherham average.

Child poverty in Wath is slightly below the Rotherham average.

Wath had rates of poor health and disability above the Borough average in 2011 and much higher than the national average. Disability benefit claim rates are above average, mainly for Personal Independence payment.

Around half of health and lifestyle indicators are better (have lower rates) than Rotherham average. Additionally, a fifth of indicators are significantly better, particularly in terms of lower incidence of breast cancer, prostate cancer and smoking prevalence at 15 years. However, deaths from coronary heart disease all ages and deliveries to teenage mothers are significantly worse than the Rotherham average.

Compared to Rotherham average, Wath ward is better for (has lower rates/less):

In contrast Wath ward is worse for (has higher rates/more):

Deaths from all causes and circulatory disease under 75 years (c); deaths from coronary heart disease all ages (c); deliveries to teenage mothers (d)

Wath ward has below average infection rates for Rotherham and ranks 20th out of the 25 wards. 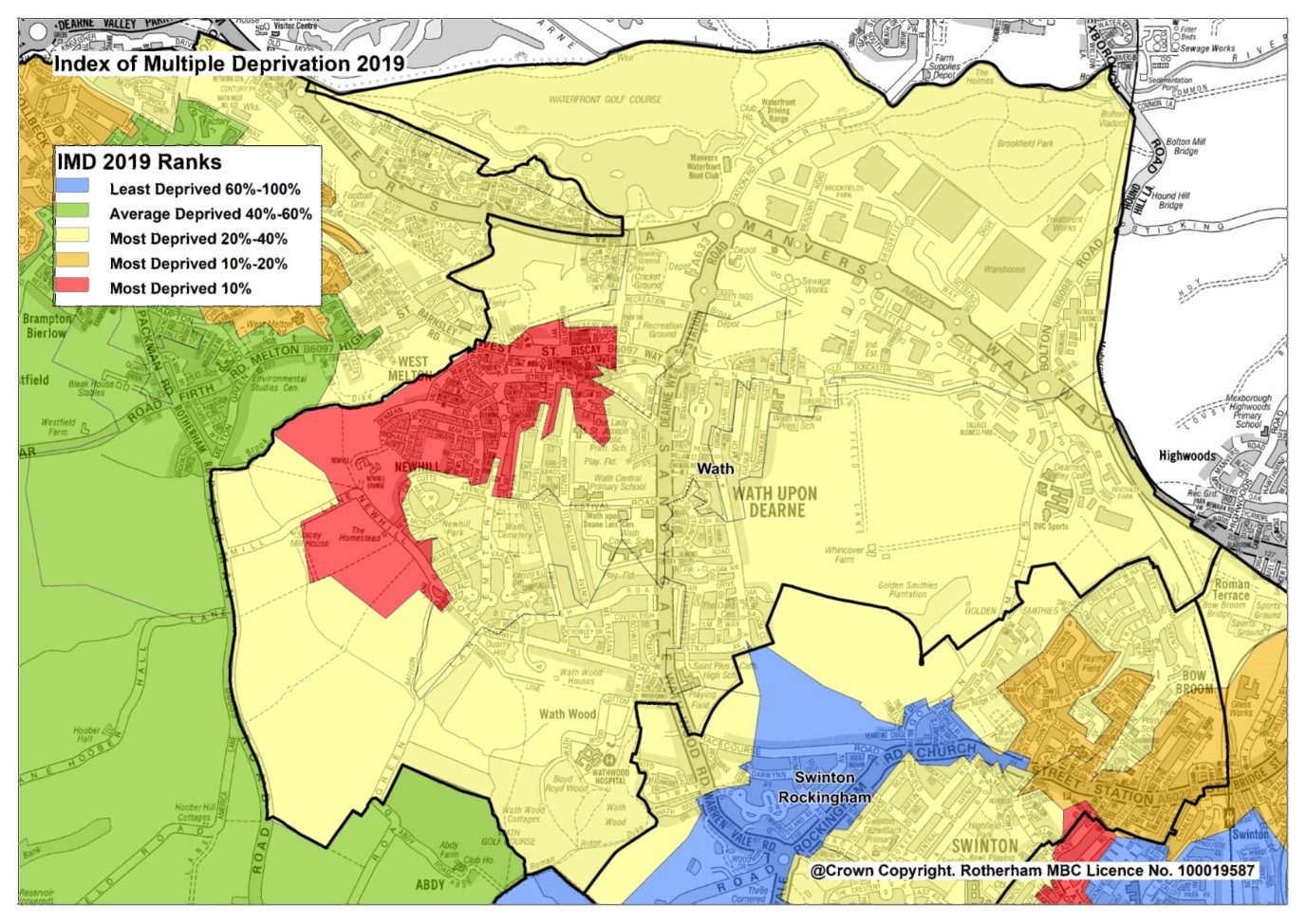 Wath is above the Borough average and most parts of the ward are above the national average. There are 2 neighbourhoods which are more deprived than the ward average, however, only Wath central & Newhill appears within the most deprived 10% of England.