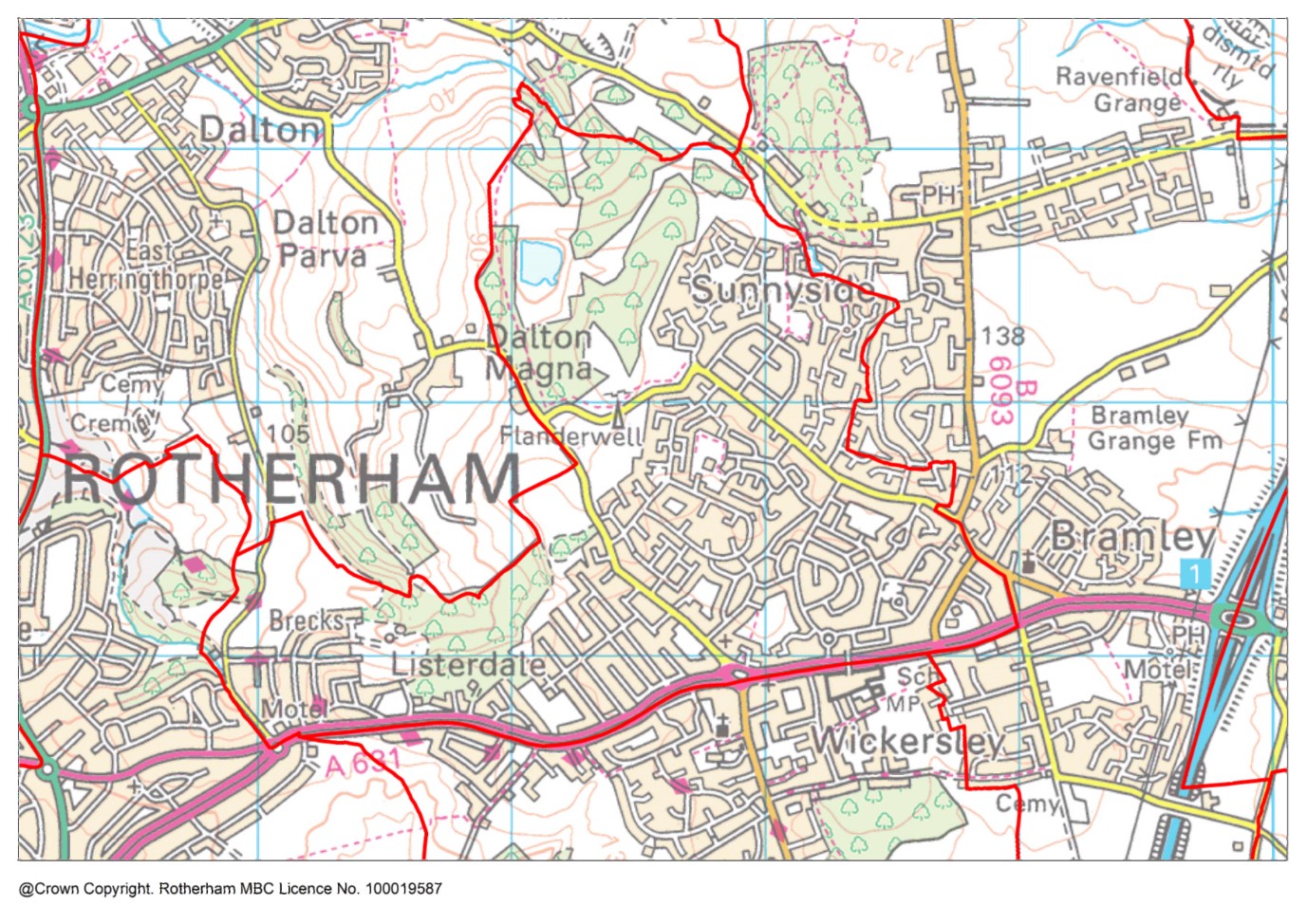 Wickersley North is almost entirely residential, mainly of a suburban character. There is council housing at Flanderwell which is the main area of deprivation in the ward. Some parts of the ward, notably in Listerdale and Bramley Grange, are relatively affluent.

The population of Wickersley North ward has hardly changed since 2011 in contrast to the increasing borough population.  The age structure of the population is similar to the Rotherham average.

Housing in Wickersley North is mainly owner occupied, mostly detached and semidetached. The ward has relatively high proportion of private and social rented housing, most of which is semi-detached.

Wickersley North has few jobs in production industries and a varied pattern within the service sector. High employment exists in construction, professional, technical, and scientific services and in health which are all above borough average. Employment levels in the ward depend on opportunities in other areas as local jobs were only sufficient for 13% of the working aged population, the joint lowest percentage in the borough.

Child poverty in Wickersley North is well below the Borough and national averages.

Wickersley North had rates of poor health and disability similar to the Borough average in 2011 and was much higher than the national average. The proportion of people on disability benefits is the lower than the Rotherham average although this hides a difference between relatively high rates for older people and lower rates for younger people.

Over 50% of health and lifestyle indicators are better (have lower rates) than Rotherham average. Additionally, a third of indicators are significantly better, particularly in terms of lower rates of deaths from circulatory disease under 75 years and emergency hospital admissions for COPD. The period the data relates to is shown as (a) to (f) below and explained in the notes.

Compared to Rotherham average, Wickersley North ward is better for (has lower rates/less):

A and E attendances in under 5s and emergency admissions in under 5s (b); deaths from all causes under 75 years, from causes considered preventable, circulatory disease all ages, circulatory disease under 75 years and coronary heart disease all ages (c); emergency hospital admissions for all causes and for Chronic Obstructive Pulmonary Disease (COPD) (d); hospital stays for alcohol related harm (Narrow definition) (d); incidence of colorectal and lung cancer (a); low birth weight of term babies (d).

In contrast Wickersley North ward is worse for (has higher rates/more):

Wickersley North ward has below average infection rates for Rotherham and ranks 19th out of the 25 wards.

Primary and secondary attainment in 2019 was above the Rotherham and national averages.

Levels of recorded crime and ASB in Wickersley North are less than the Rotherham average. Wickersley North is well below the Borough average and in most of the ward is also well below the national average. There is 1 neighbourhood which is far more deprived than the ward average. Flanderwell is within the most deprived 10% of England.

Income deprivation is below average in Wickersley North for all age groups. Whilst children are more likely to be affected by income deprivation than adults, the level is still well below the Borough average.