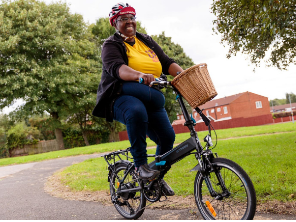 Rotherham Council is asking for comments on its draft cycling strategy and its proposals to create cycle tracks along the A6178 Sheffield Road.

The Council has launched public consultations into two elements of its plans to improve the borough’s cycling provision and encourage more people to make more journeys by bike.

Rotherham Council’s Cabinet Member for Transport and the Environment, Cllr Dominic Beck, said: “Cycling has a key role to play in reducing traffic congestion and harmful emissions, providing affordable transport and encouraging more active lifestyles – which are good for physical and mental wellbeing. Making it easier to travel by bike benefits not just to those who cycle, but the whole community.”

Data from previous years shows that even for Rotherham residents whose commutes are less than three miles (around 20 minutes by bike), 59% drive and only 1% cycle.

The draft Rotherham Cycle Strategy outlines broad design standards to develop a high-quality cycle network as well as a range of supporting facilities and potential services to help increase the proportion of journeys made by bike.

The Council is asking residents, businesses and road users to share feedback on the draft, and their own current travel habits.

Proposals to create cycle tracks and ease traffic congestion along the A6178 between Ickles and Templeborough form the second phase of work along Westgate and Sheffield Road to make it easier to walk or cycle between Rotherham town centre and Tinsley.

The route between Rotherham town centre and Tinsley will link to Sheffield City Council’s proposed walking and cycling links onward to Meadowhall, and to South Yorkshire Passenger Transport Executive’s proposed scheme for a Tram-Train stop with a park and ride at Magna. The scheme is one of eight proposed in Rotherham using money from as part of the Transforming Cities Fund, secured through Sheffield City Region.

Rotherham businesses, residents and road-users are being asked to share their comments on the proposed design to shape the final implementation.

Cllr Beck said: “Making cycling part of everyday travel can, and must, support local communities, businesses and regeneration from the bottom up. But to do that we need everyone – especially those who don’t currently cycle – to give us their feedback on our proposals and tell us a little about their current travel habits. I encourage everyone who lives, works, trades or travels in Rotherham to take part in these consultations.”