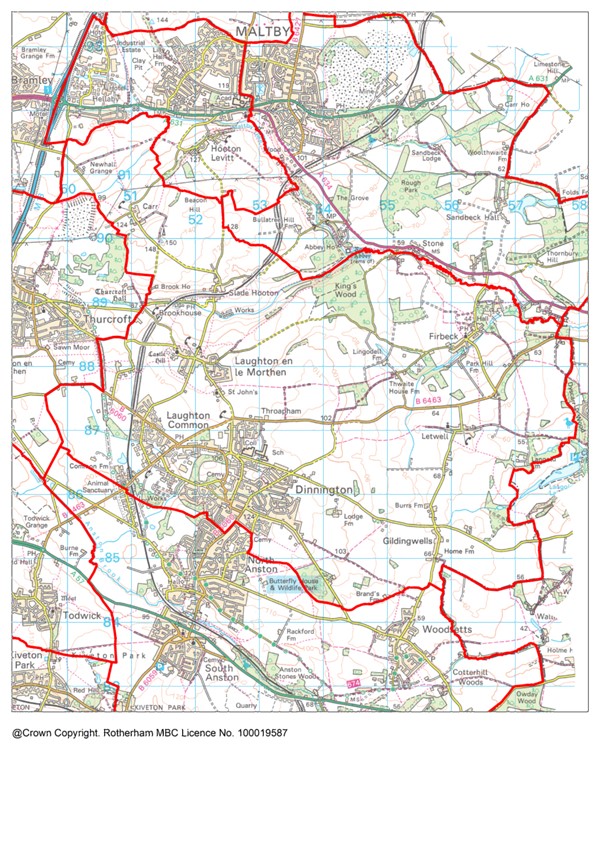 The ward is very varied with extensive rural areas as well as an industrial area, a deprived former mining community and modern suburban housing estates, popular with commuters.

The population of Dinnington ward has increased since 2011, at a higher rate than the borough population.  The age structure of the population is similar to the Rotherham average.

Dinnington has a high proportion of workplace employment in retail, construction and manufacturing, and a correspondingly low proportion in services. The number of jobs in the ward is equivalent to 59% of the local working age population.

The proportion of people claiming benefits in Dinnington is close to or just below the Rotherham average.

Child poverty in Dinnington is below the Borough average

Over 50% of health and lifestyle indicators are worse (have higher rates) than Rotherham average. Additionally, a quarter of indicators are significantly worse, particularly in terms of higher admissions for injuries in 15 to 24 year olds and deaths from strokes (all ages all persons). The period the data relates to is shown as (a) to (f) below and explained in the notes.

Compared to Rotherham average, Dinnington ward is better for (has lower rates):

Deliveries to teenage mothers (d); incidence of colorectal cancer (a); admissions for injuries in under 5s (f); deaths from all cancer under 75 years (c).

In contrast Dinnington ward is worse for (has higher rates/more):

Dinnington ward has below average infection rates for Rotherham and ranks 18th out of the 25 wards.

Primary and secondary attainment in 2014 was below the Rotherham averages.

Levels of recorded crime and ASB in Dinnington are less than half the Rotherham average. 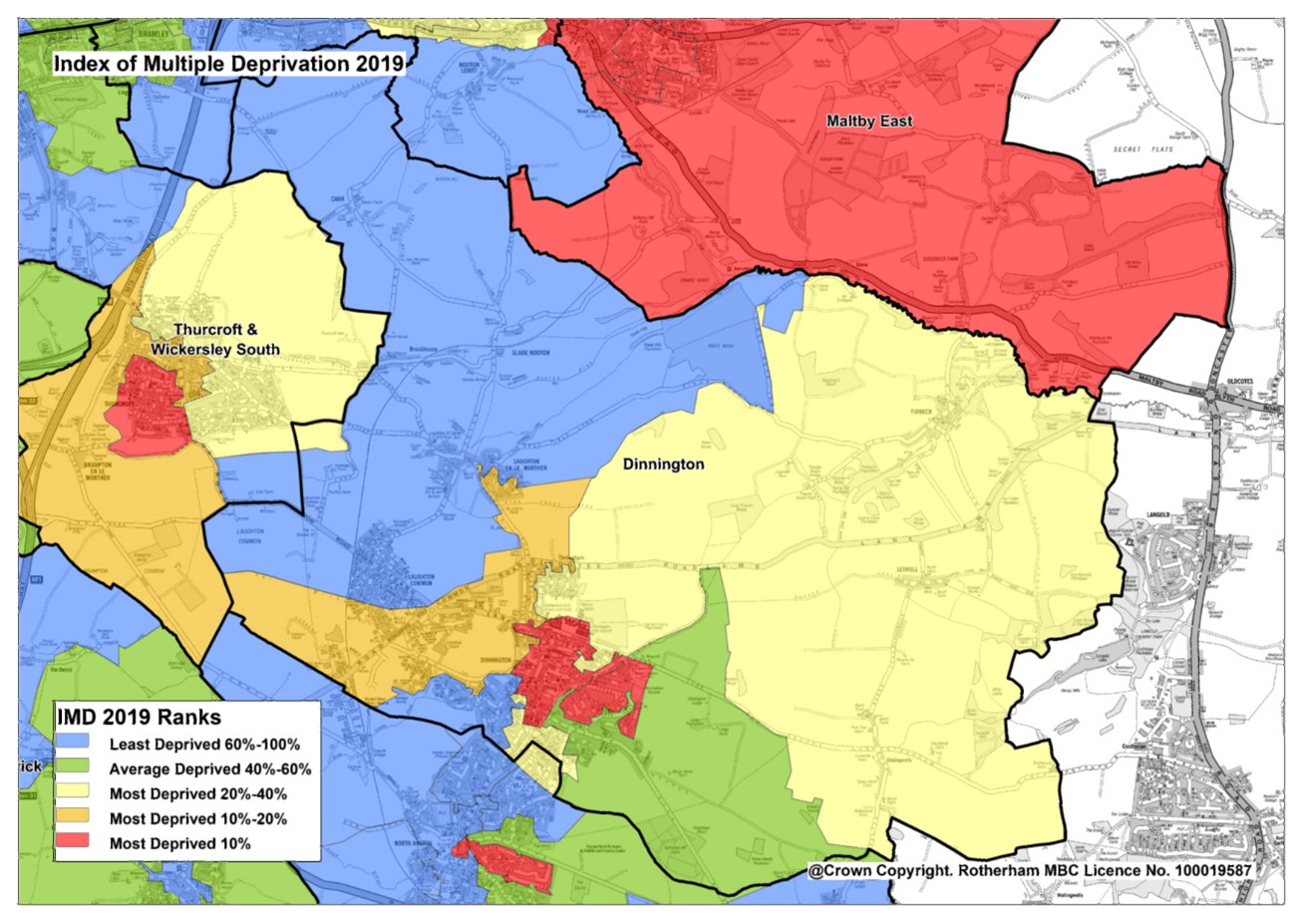 Deprivation in Dinnington is above the Borough average and in most of the ward is also well below the national average. There are 3 neighbourhoods which are more deprived than the ward average, Dinnington central and Dinnington East are within the most deprived 10% of England.

Income deprivation is below average in Dinnington for some age groups. Children are more likely to be affected by income deprivation than adults, the level being slightly above the Borough average.